Nat'l Cathedral: Otabil never resigned; only 'excused' himself from Board 'registration' but 'actively interested' in project – Secretariat 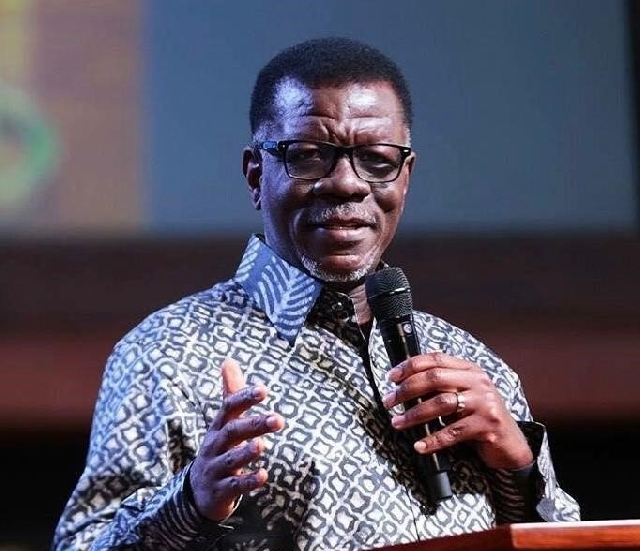 The National Cathedral Secretariat has denied a claim by North Tongu MP Samuel Okidzeto Ablakwa that the founder of the International Central Gospel Church (ICGC), Pasto Mensa Otabil, resigned from its 13-member Board of Trustees.

In a statement issued on Friday, 17 June 2022, the Secretariat said: “The Board of Trustees had to be registered as the Directors of the company”.

“A member of the Trustees, Dr Mensa Otabil, the General Overseer of the International Central Gospel Church, had indicated that he couldn’t give the needed attention to the project, so, didn’t register”, the statement explained.

The Secretariat added: “So, Dr Mensa Otabil did not resign from the Board as being alleged, but excused himself at the point of registration of the Directors in July 2019”.

The Secretariat said Pastor Otabil has not been a member of the Board of Trustees since July 2019 but “remains actively interested in the project.”

The Secretariat explained that the “continuous use of his name and pictures on the websites and publications was an administrative lapse” on its part.

The statement announced that the Board of Trustees will address the media on Monday, 27 June 2022 at which it will launch the National Cathedral Week slated for July 4 – 10, 2022.

Mr Ablakwa had alleged that even though Pastor Otabil left the Board of Trustees in 2021, the government had kept his name on the list of members.

“The Akufo-Addo Cathedral grand deception continues unabashedly”, he wrote, explaining: “The government is well aware the revered Pastor Mensa Otabil has walked away from this cathedral project more than a year ago, and yet government continues to publish on its cathedral website (https://www.nationalcathedralghana.org/leadership) that Pastor Otabil is a member of the Board of Trustees”.

Dr Otabil’s name and picture were subsequently removed from the website.