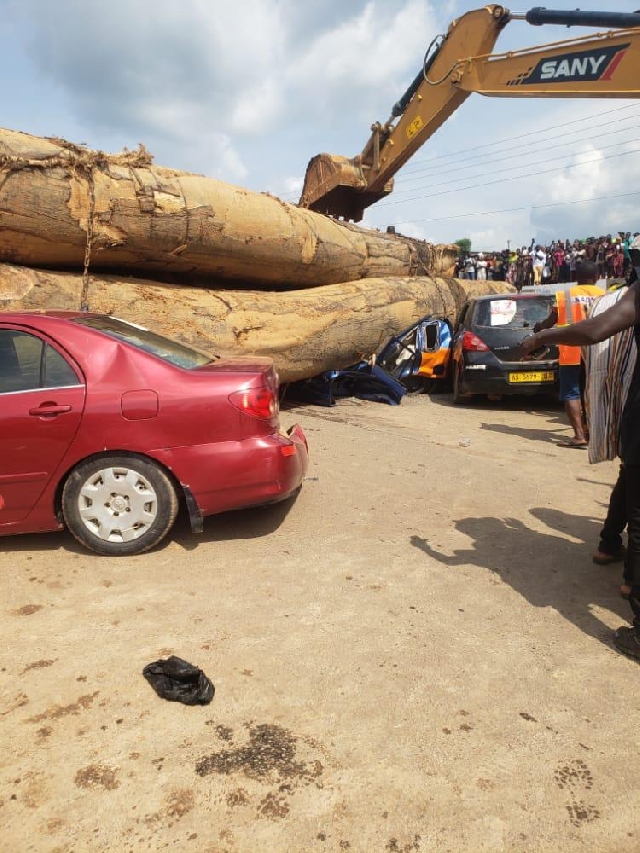 One person has been confirmed dead with four others injured in an accident involving a Daf truck and five other vehicles at Bogoso in the Western region on 19th November, 2022.

Police investigation has disclosed that the driver of the Daf truck, carrying logs from the Prestea end of the road, upon reaching Bogoso lost control while negotiating a curve with the logs falling on the five other vehicles.

Personnel of the MTTD are on the grounds and the road has since been open to traffic.

The Ghana National Fire Service is assisting to rescue the victims believed to be trapped in the accident vehicles.

Efforts are underway to get the driver of the Daf truck, who is on the run, arrested to face justice. 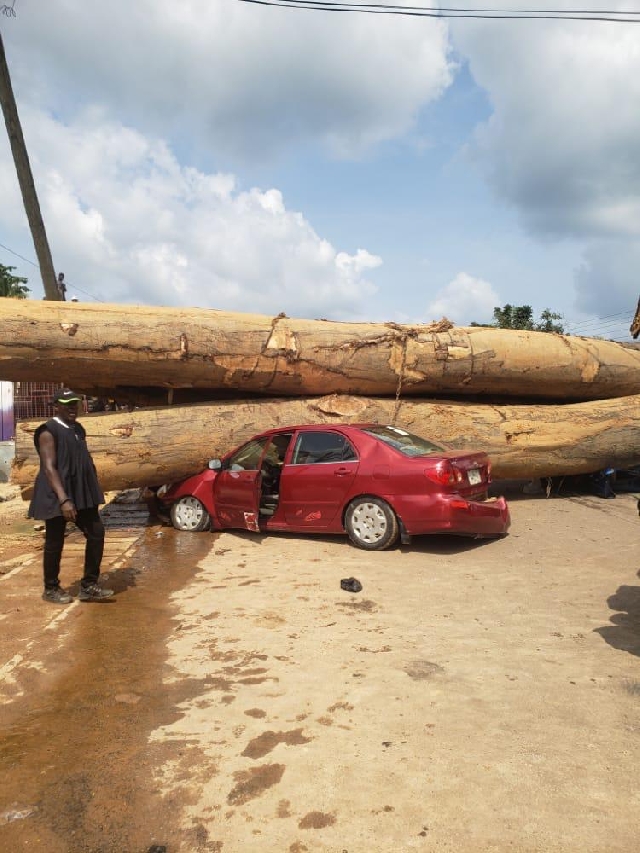