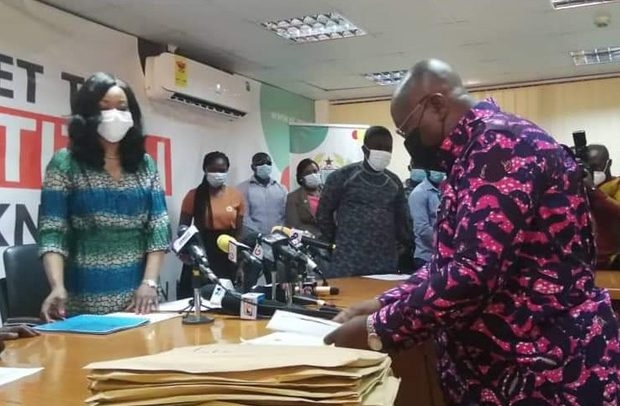 According to the private citizen, the Petition is grounded on “stated misbehaviour of the Electoral Commission Chairperson.”

The Petition said: “The current leadership under the Chairmanship of Mrs Jean Adukwei Mensa, knowingly created Constitutional crises by their actions and inactions in the lead up to the 2020 Presidential Elections as they ignored caution and advise from various stakeholders of the adverse outcomes and implications of their actions and acts of omission.”

It noted that, the EC chair in a letter dated 4 June 2020 copied to the President, Chief Justice the Council of State was given an opportunity “in the hope of averting this article 146 action for her removal from office,” but she refused to respond “making this instant petition inevitable.

“By this instant Petition and in accordance with Article 146, the President is obligated to forward for immediate attention of the Chief Justice for the sole purpose setting up the appropriate Committee thoroughly investigate allegations made in the Petition by named persons and organisations, to establish a case against the Electoral Commission Chairperson ultimately leading to the removal of Mrs Jean Adukwei Mensa from office as per the Petition.”

The private citizen continued that: “The Petition is grounded on stated misbehaviour of the Electoral Commission Chairperson not limited to gross incompetence, bias, procurement breaches and poor corporate governance practices.”

The Petition also listed some instances resulting from the incompetence of the Mensa-led EC, bias and poor corporate governance posture such as “adversarial posture and bias alleged.”

It emphasised that there “has been a breakdown of consensus building with stakeholders by the Jean Mensa-led EC and the consequent marginalization of the Inter-Party Advisory Committee (IPAC).”

It further continued that the Mensa-led EC “created a parallel advisory body, the Eminent Advisory Committee which is largely defunct and has proven irrelevant to the challenges that arose in the course of the work of the Commission leading up to the crises.”