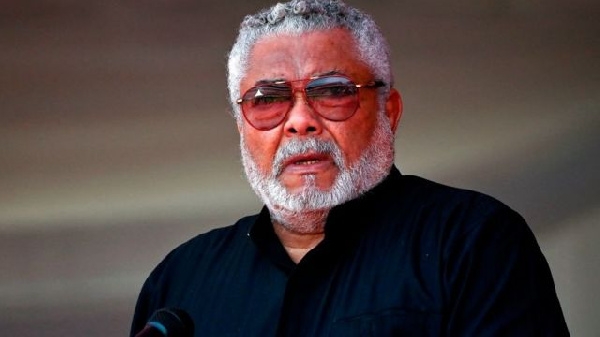 The Cuban Trained Ghanaian Graduates Association (ESBECAN) have lauded the efforts of the late former President Jerry John Rawlings in promoting a good relationship between Ghana and Cuba which has resulted in the training of rich human resources for the country.

The ESBECANS are part of over 2,000 Ghanaian students who have benefitted from Government scholarships to study in Cuba and noted that the professionals are one of the many legacies of the late president.

At a vigil in honour of the late former President Rawlings, National President of ESBECAN, Alhaji Musah Swallah, noted that there is no sector in the country, that cannot boast of a Cuban-trained professional.

Alhaji Swallah noted: “Under a scholarship scheme initiated by Papa J as we fondly called him, we were fortunate to have interacted with him on several occasions. This solemn ceremony therefore affords us the opportunity to relive some of those special moments as we seek to immortalise our benefactor in our hearts and in our minds. In his quest for equity and social justice, our paths crossed when in the early 80’s he came looking for us in our villages and towns to assist us to acquire knowledge and skill in faraway Cuba and then return to help our country and our families.

“In spite of the numerous challenges associated with the programme, in the end, he stood firm and resisted all attempts to curtail the programme, in the end he prevailed and we’re the result of his education and sacrifice. There is hardly a sector of the Ghanaian economy that does not boast of a Cuban trained professional and our colleagues outside the shores of Ghana are all shining examples of the great opportunity Chairman Rawlings offered us. We are indeed one of his enduring legacies, and we do not take it for granted.”

For her part, daughter of the late President and Member of Parliament (MP) for Klottey Korley, Dr Zanetor Rawlings reiterated her father’s stance on being immortalised using monuments.

“Jerry John Rawlings never like the idea of physical monuments and always shied away from every opportunity to immortalise him in bricks and mortar. He wanted to be immortalised in the hearts of people, and you are a living testimony of his wishes.”

She noted that her father’s vision has come to pass through the Cuban-trained-professionals who are affecting lives in their various fields.

“He recently mentioned, when you came to pay your respects on the passing of his mother, that you needed to take your place, in the body politic of Ghana.  Ghana is at a crossroads in many ways and now more than ever, the philosophy that formed the basis of your training is needed. If we collectively seek to honour his memory, then let us assume that role at the forefront of affairs in governance.

“People always say that JJR did not invest in a succession programme but if we are here today, and you have all risen to the top in your various fields then his vision has come to pass,” she said.

The event was attended by the widow of the former President, Nana Konadu Agyeman Rawlings and his four children