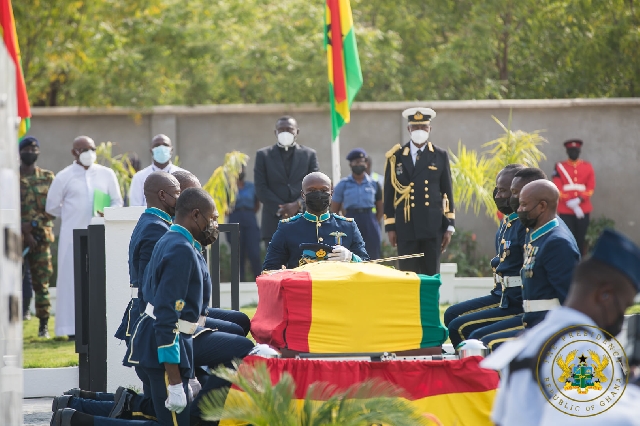 The mortal remains of former President Jerry John Rawlings has been laid to rest at the new military cemetery in Burma Camp, Accra on Wednesday, 27 January 2021 bringing to an end four days of national funeral ceremony in his honour.

Mr. Rawlings was given a state funeral at the Black Star Square in Accra.

The funeral activities started on Sunday with a Catholic Requiem Mass at the Holy Spirit Cathedral and a vigil at the Air Force Officers Mess in Accra.

Mr. Rawlings was then laid in state on Monday, January 25th and Tuesday, January 26th, at the Accra International Conference Centre for Ghanaians to pay their last respect to their former leader. 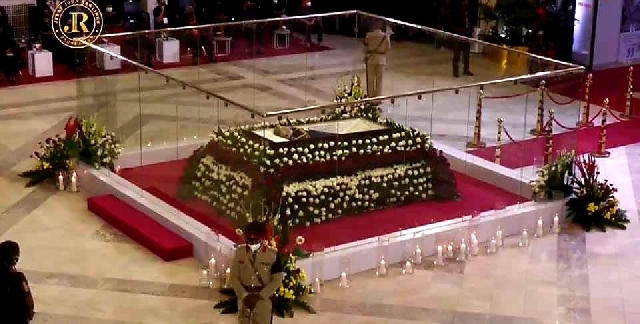 The full military burial was attended by President Nana Akufo-Addo and his Vice, Dr Mahamudu Bawumia and their spouses.

Former President John Agyekum Kufuor and John Dramani Mahama, ministers of state, foreign heads of states and government representatives, Ghanaian politicians, members of the diplomatic corps, the clergy, traditional leaders and a section of the populace.

His widow in a tribute said her husband championed women’s rights in the country.

She noted that during his time and even after he had handed over the mantle of leadership, he supported the fight for equality and affirmative action for women. 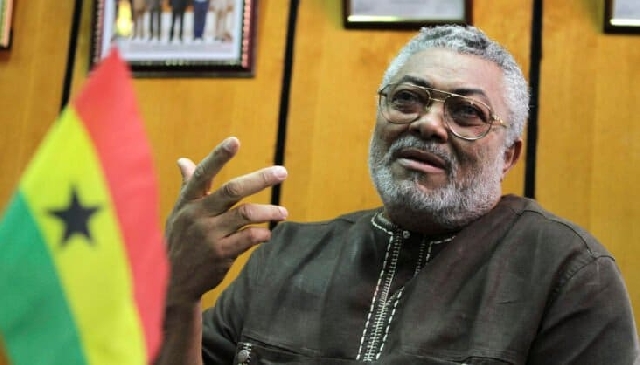 For his part, President Akufo-Addo described Rawlings as his “good friend and a repository of sound advice.”

According to Mr Akufo-Addo, in moments of difficulty in his presidency, he could count on Mr Rawlings’ considerable “wealth of experience and knowledge,” and “on those occasions, he came through for me.”

Mr Rawlings died on November 12, 2020 at the Korle-bu Teaching hospital in Accra after a short illness.

Who is Jerry John Rawlings?