Rawlings to be laid in state from today 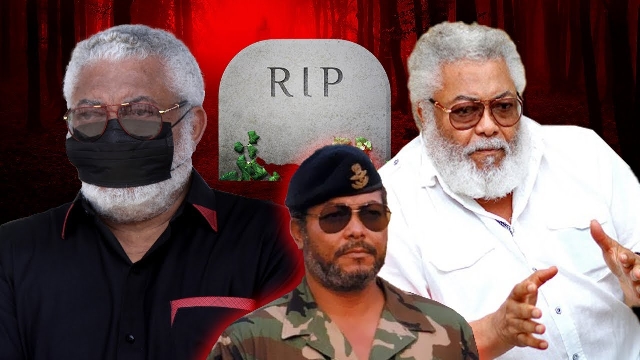 All is set for the State Funeral of former President Flt. Lt. Jerry John Rawlings at the Independence Square in Accra on Wednesday, January 27, 2021.

Activities marking the final send-off including a requiem mass organized by the Catholic Church at the Holy Spirit Cathedral in Adabraka and a vigil organized by the Ghana Air Force at the Air Force Officers Mess also in Accra heralded the activities on Sunday, January 24.

The mortal remains of the former President will be laid in state at the Accra International Conference Centre today, Monday 25th and Tuesday 26th of January and a detailed programme has been laid out for members of the public and other state institutions to pay their respects.

The burial service which will take place at the Independence Square on Wednesday, January 27 is open to members of the public. Due to the strict Covid protocols in place, members of the public are encouraged to be seated by 7 am to allow a smooth commencement of the funeral processes and arrival of special guests from 7.30 am.

Members of the public are to take note that they need no invitation to attend the funeral. The event is open to Ghanaians from all walks of life as we celebrate our departed hero.

Officiating Clergy for the ceremony will include Most Rev Dr. Paul Boafo, Presiding Bishop of the Methodist Church, Archbishop Nicholas Duncan Williams (Action Chapel International), Most Rev Philip Naameh, Archbishop of Tamale Diocese and Rt Rev K Osabutey, Methodist Bishop of Accra. Also in support will be clergy from the Ghana Armed Forces.

The event will be held under strict Covid -19 protocols. Wearing of masks at all events is compulsory.

Please find below details of the funeral programme.

Laying in State at the Accra International Conference Centre

Laying in State at the Accra International Conference Centre

Vice President and the Second Lady

Spouses of Former Presidents and

Secretary to the President

Heads and Former Heads of

Justices of the Supreme Court

Former Members of the