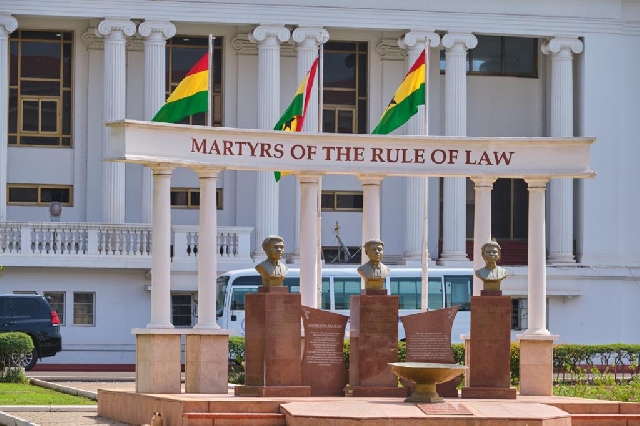 Background to the Story

On 30th July, 2015, Ms Asamoah broke a story of a 10-year-old girl who was left bedridden after been defiled twice by a man whom she alleged was her schoolmate’s father.

The girl was a class one pupil of Anyaa D/A Government School who stayed with her Aunt at Anyaa, a suburb of Accra in the Greater Accra Region.

An initial Interaction with the girl on her sick bed at the Korle-Bu Children’s Ward revealed that the suspect defiled her in a bush on 14th and 17th July, 2015 respectively on her way to school.

The man known to the victim as “Jessica Papa” (Jessica’s Father) was an auto mechanic who lived in the area.

Pediatricians at the Korle Bu Teaching Hospital confirmed in their report at the hospital that she was bed ridden due to the force penetration when she was defiled. The family later resorted to herbal medication due to lack of finances to continue the medication at the Teaching Hospital.

Her mother (name withheld)  now deceased, in an earlier interview with Regina Asamoah in June, 2019 explained that they had to resort to herbal medicine because they couldn’t raise an amount of GHC120,000 for their daughter to undergo a surgery.

After several attempts, the victim can now walk but falls at the least attempt to walk fast.

Her Aunt (name withheld) said the victim has become traumatized and would not go on any errand that takes her far away from the house. The family had to relocate to psychologically help her recover from the trauma.

The UN Convention on the Rights of the Child is an important agreement by countries who have promise to protect children’s rights and Ghana is not an exception to this. Article 19 talks about Protection from violence. It says Government must protect children from violence, abuse, and being neglected by anyone.

Article 34 also calls for Protection from Sexual Abuse. It charges government to protect children from sexual exploitation (being taken, advantage of) and sexual abuse, including people forcing children to have sex for money or making sexual pictures or films of teens. To achieve these victims of abuse must be guaranteed justice.

This is a collective action that needs the complement of the Judiciary and Ghana Police Service to ensure speedy trial for persons who violate this right of the child.