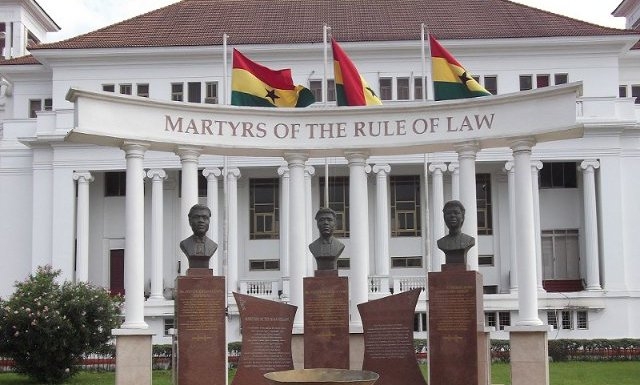 The Supreme Court has, in a unanimous decision today, Tuesday, 30 March 2021, dismissed a review application filed by the lawyers representing some aggrieved parties from Santrokofi, Akpafu, Likpe, and Lololo (SALL) concerning a case involving the 2020 general elections.

The apex court, on 4 January 2021, quashed the decision of the High Court in Ho which sought to prevent Mr John-Peter Amewu, the then-Member of Parliament-elect for the Hohoe Constituency, from being gazetted.

Following the quashing of that application, the lawyers of the aggrieved parties, led by Mr Tsatsu Tsikata, sought to convince the court to reverse the judgment.

According to them, the creation of the Oti Region, coupled with a recent Supreme Court decision and failure of the EC to create a constituency for them, meant they did not vote for a parliamentary candidate in the 2020 polls.

After hearing arguments from the lawyer of the accused and the chief state attorney on Tuesday, the court dismissed the case.