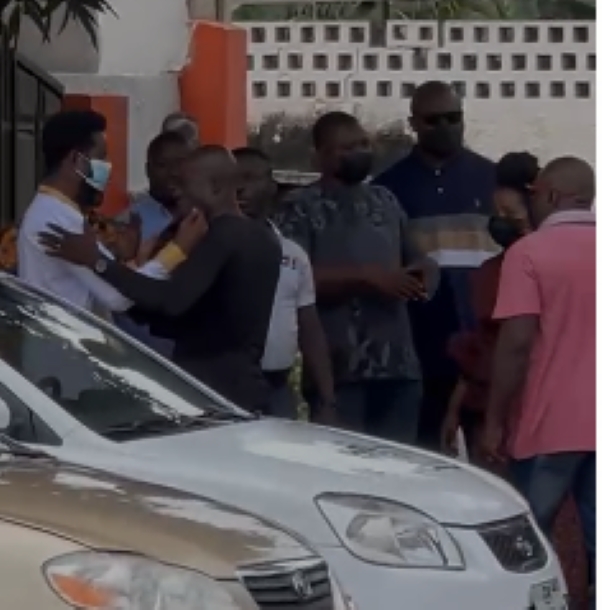 Jesus Ahuofe's arrest at the forecourt of Accra FM

The founder and leader of New Life Kingdom Chapel International, Stephen Akwasi, otherwise known as Jesus Ahuofe, has been picked up by the police at the forecourt of Accra100.5FM on Tuesday morning.

His arrest is allegedly in connection with his prophecy on September 28, 2021, that dancehall artiste Shatta Wale will be shot on October 18, 2021.

Three men clad in mufti, with the driver in a police uniform, picked up the prophet while he was waiting to appear on the mid-morning show Ayekoo Ayekoo.

The prophet had earlier indicated his plans to report himself to the law enforcement agency after the show.

He was taken to the police headquarters.

The police, in a statement earlier, said it cannot trace the whereabouts of Shatta Wale.

It said its attention had been drawn to the widely circulated news on the alleged gunshot attack on Shatta Wale.

On hearing the news, the police noted that launched an investigation into the matter including making contact with some of his close friends and family members and all of whom claimed not to have knowledge of his whereabouts or the alleged incident.

Meanwhile, Shatta Wale says his life is in danger and he is on the run until the country shows him that there are laws.

He said this in a Facebook post to break his silence after rumours went viral that he had been shot by some unknown gunmen on Monday, 18 October 2021.