UE/R: We’ve not been compensated – Families of 16 victims who died on Shaanxi mines 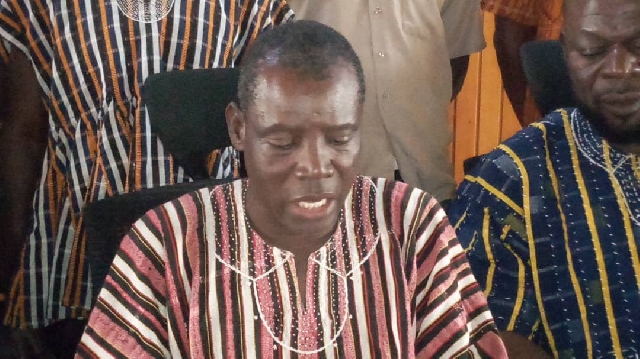 Families of some 16 persons who died on the property of Shaanxi Mining Company in the Talensi district of the Upper East region say for nearly three years, the company has refused to compensate them despite a directive from the Minerals Commission to that effect.

The mining company in 2019 was found culpable for an explosion that claimed 16 small-scale miners’ lives on its concession.

The Shaanxi now Earl International was fined $40,000 after investigations were conducted by the Inspectorate Division of the Minerals Commission for various infractions that resulted in the accident at its enclave.

Relatives of the victims at a press conference are calling on the Mineral Commission and government to come to their aid and direct the mining company to compensate them.

According to them, the mining company since its existence for the past 10 years has caused many youths to lose their lives without any compensation.

Albert Naa who spoke to the media on behalf of the relatives said “These and many lives have been lost due to the negligence and unsafe mining practices at Shaanxi. We are bold to state that Earl International’s presence in Ghane has had a negative impact on the population and the environment.

“Earl International (Shaanxi) has been mining for over 10 years with nothing to show with respect to jobs for the youth, infrastructural development, and local enterprise development for the community members. At this point, we can say that Shaanxi’s poor health and safety standards have caused the death of many illustrious sons and daughters in Talensi.”

He stressed "It must be noted that it is not only ‘galamsey’ that is a danger to human life and the environment. Large-scale mining companies such as Earl International, Cardinal, and Cassius could cause far serious devastation to lives and the environment if their operations are not monitored and regulated with all the seriousness it requires.”

They reiterated their call on the Minerals Commission and the Regional Minister to as a matter of urgency ensure that there is proper compensation and resettlement for all the communities that are affected by Earl International’s (Shaanxi) operations.