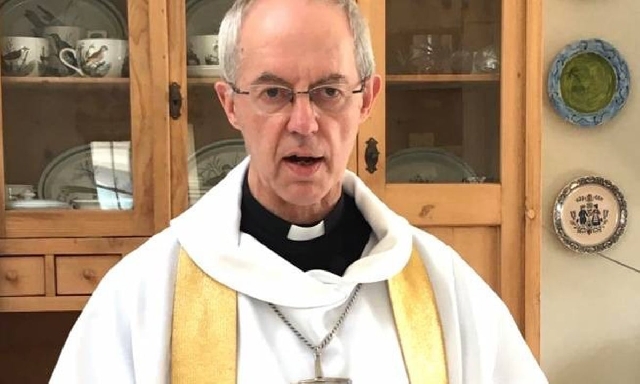 Church leaders in the UK have strongly criticised Ghanaian bishops over their support for a draconian anti-LGBTQ+ law.

Justin Welby, the archbishop of Canterbury and leader of the global Anglican church, Stephen Cottrell, the archbishop of York, and other Church of England bishops, tweeted their concerns on Tuesday in what appeared to be a coordinated effort to put pressure on their Ghanaian colleagues.

A draft law submitted to Ghana’s parliament earlier this year would make it a crime to be gay, bisexual or transgender, or to advocate for LGBTQ+ rights, punishable by up to 10 years in jail. It has been condemned by human rights activists.

In a statement posted on social media, Welby said he was “gravely concerned” and would speak to the archbishop of Ghana to discuss the response of the Anglican church in the country.

I am gravely concerned by the draft anti-LGBTQ+ Bill due to be debated by the Ghanaian parliament. I will be speaking with the Archbishop of Ghana in the coming days to discuss the Anglican Church of Ghana’s response to the Bill.

Stephen Cottrell, the archbishop of York, tweeted the proposed law was “shocking and unacceptable”. Sarah Mullally, bishop of London and No 3 in the C of E hierarchy, said the proposed legislation “must be resisted”. The bishops of Liverpool, Worcester, Southwark and Norwich also voiced concerns.

The diocese of Portsmouth issued a statement saying it was dismayed by the support for the bill from Anglican bishops. “We believe this [bill] to be a fundamental violation of people’s human rights, which we believe will lead to state-sponsored violence that will threaten the lives of those in the LGBT+ community and their friends,” it said.

A statement backing the bill, signed by the archbishop, Cyril Kobina Ben-Smith, said the Ghanaian church’s support was “born the belief that the practice is unbiblical and ungodly. We see LGBT+ as unrighteousness in the sight of God and therefore will do anything within our powers and mandate to ensure that the bill comes into fruition … Leviticus 20:13 clearly declares that a male lying with a fellow male is an abomination and punishable by death.”

It added: “The church does not condemn persons of homosexuality tendencies but absolutely condemn the sinful acts and activities they perform.”

Gay sex is already punishable with up to three years in jail in Ghana, and homophobic persecution is widespread.

The introduction of the bill followed a wave of repression against LGBTQ+ people. In February, a community space offering support for sexual minorities was forced to close, and there has been an increase in arrests and abuse against people perceived to be LGBTQ+.

The global Anglican church has long been bitterly divided over sexuality and identity. Churches in some countries have endorsed same-sex marriage and advocate inclusivity and equality, while others support criminalisation.