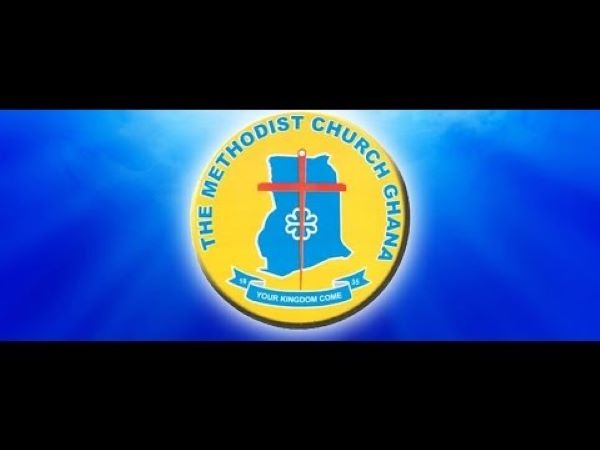 The Methodist Church Ghana has dissociated the church from recent political comments made by the Bishop of the Obuasi Dioceses in the Ashanti Region, Rt Rev. Stephen Richard Bosomtwe-Ayensu.

Rt Rev. Bosomtwe-Ayensu over the weekend took former president John Dramani Mahama to the cleaners for claiming to repeal the controversial Electronic Levy also known as E-levy if he so wins the 2024 general elections.

He told journalists at the Methodist 25th Synod at Mount Zion Methodist Church that Mr Mahama was not going to win any election to repeal the E-levy.

His comment has infuriated the National Democratic Congress (NDC’s) Member of Parliament (MP) for Builsa South Constituency in the Upper East Region, Dr Clement Apaak, who has advised the Methodist Bishop to remove his cassock and join the political fray to be properly identified.

The Methodist Church Ghana has responded.

The Church in a statement said the Presiding Bishop is the official spokesperson of the church and has, therefore, appealed to the media not to drag the name of the church into the alleged statements made by Rt Rev Bosomtwe-Ayensu.

The statement noted that the Methodist church continues to stay unaligned to any political party.

It added that members can make their individual comments as citizens of Ghana but that cannot be taken as the official position of the church. 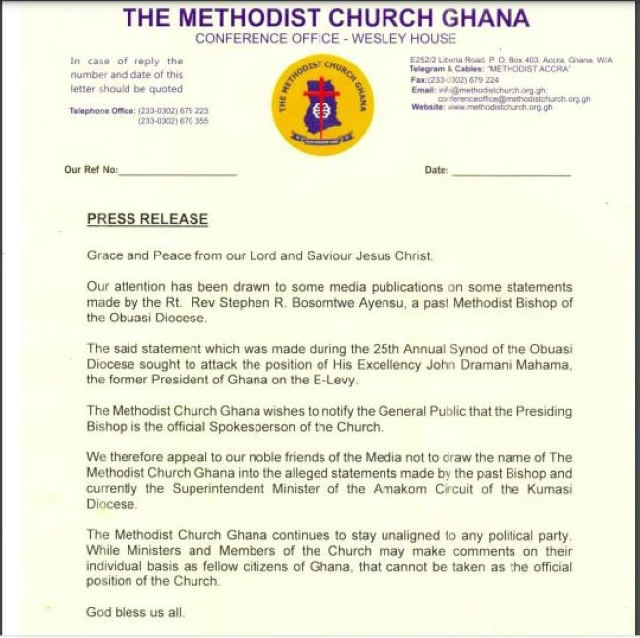