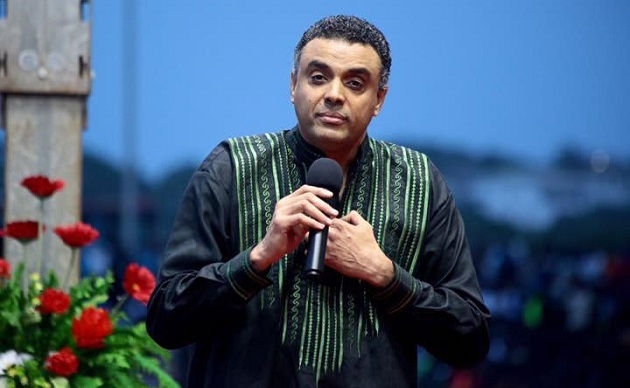 The Board of Trustees of the National Cathedral Secretariat has responded to the resignation of Bishop Dag Heward-Mills from the Board.

According to the Board, its members are church leaders who do not only have deep-seated theological differences, but also different understanding and approaches to the development of the National Cathedral.

The Board in a statement said the challenge of such a group is that individual leaders, with a history of implementing their own organizational /denominational programs and vision, have to be part of a collective decision-making process where their preferences might not always prevail.

“Specifically, this means that no one leader can have all their preferences, methods, approaches accepted. In this changed and unfamiliar context, some would prefer to leave the Trusteeship,” the statement noted.

Find details of the statement below:

2) A number of the issues raised in the letter have already been clarified during a visit to the office of Bishop Dag Heward-Mills by a delegation led by the Chairman of the Board of Trustees, Apostle Opoku Onyinah, on August 23rd, 2022; as well as a letter dated October 15, 2022 acknowledging the letter of resignation. The Board was also duly informed of these clarifications at its October 10, 2022 meeting.

3) However, for the sake of public education, some of the issues clarified are as follows:

• The National Cathedral is a partnership between the State and Church, and the roles of the state have been clearly specified in the partnership: appointment of the Architect, the Land, the Secretariat and Seed Money for the preparatory phase of the work.

• The Architect and the Land—the site for the National Cathedral – had already been selected by the President before the appointment of the Trustees by the President. All Trustees were aware of this.

• The selection of the contractors – RIBADE – for the project, was through a rigorous international procurement process supervised by the Lead consultant, whose contract included the selection of a contractor for approval by the Board of Trustees.

• The costing for the project, and the selection of the contractors for the project were led by the Project’s Lead Consultants, as well as a technical committee officially commissioned by the Board of Trustees, and including seasoned Ghanaian professionals in the building and construction industry. This technical group included: Senior Architect and Project Manager Mr Tony Yeboah Asare; Mr Kwame Prempeh, Deputy CEO, PPA; Senior Architect Mrs Becky Yakpo; Senior Quantity Surveyor, Dr Joseph Buertey, seconded to the project by Church of Pentecost; Mr George Lomotey, Chief Procurement and Supply Chain Manager at Office of the President; Mr Cary Summers, Founding President, Museum of the Bible, USA. This Technical Committee reviewed all the proposals by the Lead Consultant, before recommending these for approval to the Board.

·         The integration of the Bible Museum and Biblical Gardens into the National Cathedral project, and the selection of the US consultant – Cary Summers - for the two projects, was approved by the Board of Trustees on December 10, 2019.

• The extensive preparatory work done, including work on the construction site, are all documented and available.

4) One of the key strengths of the National Cathedral Project is the Board of Trustees, made up of some of the key, pioneering leaders of the church in Ghana, and whose work on the project is contributing to improved inter-church relations in the country. These church leaders, the Board of Trustees, have pioneered and/or lead vibrant churches with global reach and impact.

5) These churches and their leaders not only have deep-seated theological differences, but also different understandings and approaches to the development of the National Cathedral. The challenge of such a group is that individual leaders, with a history of implementing their own organizational /denominational programs and vision, have to be part of a collective decision-making process where their preferences might not always prevail. Specifically, this means that no one leader can have all their preferences, methods, and approaches accepted. In this changed and unfamiliar context, some would prefer to leave the Trusteeship.

6) This notwithstanding, we are grateful that all the Trustees -- including Bishop Dag Heward-Mills who voluntarily left the Trusteeship -- still remain committed to the vision of the National Cathedral and want to see it completed to God’s glory.

Meanwhile, Dag Heward-Mills has said he still supports the National Cathedral project despite having resigned from the board as a trustee.

Also, he says: “I remain open, available and willing to serve at the pleasure of the president and the nation”.

The founder of Lighthouse Chapel International, who noted in his resignation letter in August 2022 that he felt sidelined by the board, said: “Regardless of your response to my resignation and inputs, I remain a supporter of the National Cathedral project and will endeavour to be present to rejoice with the nation when this project is completed.”

Bishop Heward-Mills said he did not wish the media or general public to “construe my withdrawal as a sign of a lack of support or belief in the building of the National Cathedral.”

Despite his resignation, Bishop Heward-Mills said he does not mind reviewing his decision in the future if certain conditions are met.

“I would like to state clearly that if, in the future, there is more clarity to my role and function in the building of the cathedral, I remain open, available and willing to serve at the pleasure of the president and the nation”.

In the letter, Bishop Heward-Mills said six years after President Nana Akufo-Addo cut sod for the construction of the edifice, all that has been done is the excavation of a huge pit at the centre of the city using $30 million of public funds.

“I am a firm believer in the president’s vision. I believe that the public can see and is questioning the fact that we have spent almost six years since the sod-cutting of this project as well as over $30m (thirty million dollars) of public funds, to excavate a massive pit in the centre of the city”, he noted.

“I do believe that many of the questions that are being asked and hurled at the National Cathedral Project are reasonable and legitimate questions by objective citizens who just want answers to their questions”, the founder of Lighthouse Chapel International, said.

His resignation also questioned the fund-raising techniques being used by the Secretariat as non-effective yet expensive.

“I do believe that the fund-raising methods we have attempted have not yielded much. Indeed, some of the programmes we have held have cost more than the monies we have raised from them. I suggest another form of fund-raising where we would be guaranteed more donations from denominations, churches, individuals, businessmen and corporate bodies. I would be happy to discuss these if the committee is interested in that”, portions of the letter read.

He suggested there be “an adjustment in strategy so that we can achieve our goal of building a National Cathedral even in these difficult times.”

In his view, “continuing to pay contractors $40,000 (forty thousand dollars) a month, as we wait to procure a huge loan in this hostile atmosphere sounds dicey to me. I do believe that almost six years down the line, we need to look at a different approach to achieve our goal of building God’s house in Ghana.”

Bishop Heward-Mills, who resigned in August 2022, said in his letter that he felt certain concerns and opinions he had expressed about the project were “trivialised” and “set aside”.

“I feel that the treatment of the issues I have raised in my several letters has been unfortunate”, he said in his resignation letter, explaining: “My letters have been ignored in the past, not attended to for years, and, at best, addressed flippantly.”

“You may recall I have spoken passionately and written extensively about the costs, the design, the location, the fundraising, the mobilisation of the churches, and the role of the trustees. These, if heeded, would have made our project more achievable. Generally speaking, my inputs, my opinions, and my letters have been trivialised and set aside.”

Bishop Heward-Mills also complained that despite his appointment by President Nana Akufo-Addo as a trustee, he was never registered as a Director of the Company of the National Cathedral of Ghana, a company limited by guarantee.

“I do not believe this is an oversight but a deliberate exclusion from the Board”, he noted, pointing out: “Six years is a long time to correct this failure to register me if it was indeed an administrative lapse.”

“l have, therefore, accepted for some time now that I am not a trustee of the National Cathedral, but I have still sought to help with the Cathedral because I believe in the President’s vision and I do not have to be a legally registered trustee to do so. I refer to myself in this letter as a trustee because even though l am not privy to most of the weighty decisions of the Board I am referred to as such".

“This lack of clarity is robbing our vision of the validity it needs. Over and over, I have asked that we address this appropriately and urgently because there are many dire implications to the trustees and the individuals involved in this project.”

“I have been a reachable and available trustee and attended every single meeting of trustees since the pandemic began, in person and by zoom, and the records will show that. If I say that I, as a trustee, do not know many of the financial and technical issues concerning the Cathedral, it means the discussions about the National Cathedral were held by some people outside the trustees’ meeting or perhaps in a forum that I was not present or invited to.”

“On the one hand, the National Cathedral is said to be a government of Ghana project, with the government taking financial decisions. Yet, on another hand, at meetings, it is implied that the trustees have taken or participated in taking some decisions", the letter, which was quoted by Citi FM, noted.

The National Cathedral project has been the subject of one controversy after another.