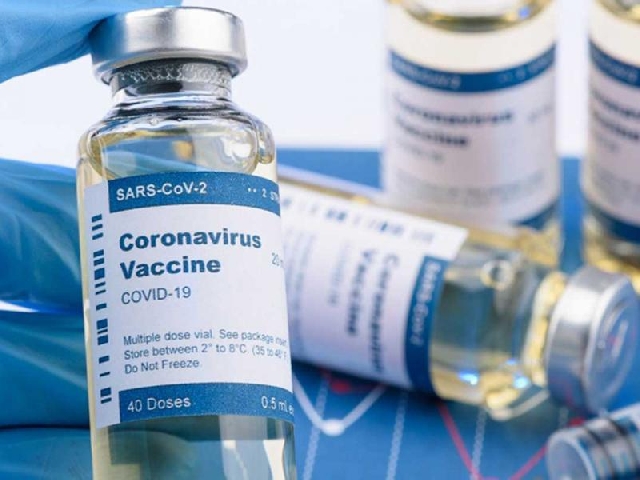 Ghana took delivery of 600,000 doses of the AstraZeneca vaccine a few months ago

African countries are contemplating the consequences of delaying the administration of the second dose of the AstraZeneca COVID-19 vaccine after India, the main producer, placed restrictions on the vaccine’s export following the outset of the country’s second wave.

At a briefing on Thursday, 15 April 2021, Dr John Nkengasong, Director of the Africa Centres for Disease Control and Prevention, explained that: “These vaccines are prime-boost, which means that if you receive the first dose, your immune system or your body reacts to it and even begins to offer protection then the second one is really a booster”.

“We don’t know that if it delays by a couple of months or weeks, it will impede the ability to boost it when you get the second dose. I don’t think so”, he opined, adding: “It’s just that it doesn’t give you that full range of your immune system reacting and getting ready to fight the virus once you get exposed to it and infected but you can be assured that with the first dose, you are getting, already, some protection from the virus from developing a disease not necessary from infection but from developing the disease”.

He said: “India has put a restriction on export of the vaccines because of their rising second wave and we don’t know when that restriction will end”.

The New York Times reported recently that with its own battle against the coronavirus taking a sharp turn for the worse, India has severely curtailed exports of Covid-19 vaccines, triggering setbacks for vaccination drives in many other countries.

The government of India is now holding back nearly all of the 2.4 million doses that the Serum Institute of India, the private company that is one of the world’s largest producers of the AstraZeneca vaccine, makes each day.

India is desperate for all the doses it can get. Infections are soaring, topping 50,000 per day, more than double the number less than two weeks ago. And the Indian vaccine drive has been sluggish, with less than 4 per cent of India’s nearly 1.4 billion people getting a jab, far behind the rates of the United States, Britain and most European countries.

Just a few weeks ago, India was a major exporter of the AstraZeneca vaccine, and it was using that to exert influence in South Asia and around the world. More than 70 countries, from Djibouti to Britain, received vaccines made in India, with a total of more than 60 million doses. From mid-January into March, not more than a few days passed between major vaccine shipments leaving India.

But the size of its shipments abroad has greatly diminished in the past two weeks, according to data from India’s foreign ministry.

And Covax, the program set up by donor agencies to purchase vaccines for poorer nations, said on Thursday that it had told those countries that nearly 100 million doses expected in March and April would face delays because of “increased demand for Covid-19 vaccines in India.”

The Indian government has not publicly commented on what’s happening but health experts say the explanation is obvious: India is drawing up its gates as a second wave of infections hits home, holding tight to a vaccine that it didn’t develop but that is being produced in huge quantities on its soil.

The government of Prime Minister Narendra Modi, a heavy-handed nationalist, has regulatory control over how many vaccine doses can be exported at any given time, and it seems India is going in the same direction as the European Union, which is moving to curb exports.

Adar Poonawalla, the chief executive of the Serum Institute and scion of the billionaire family that runs the company, finds himself in a highly uncomfortable spot. The Serum Institute has a reputational interest in keeping its word to its foreign customers and to AstraZeneca, and fulfilling the contracts it has signed.

But Mr. Poonawalla has been careful not to say anything negative about Mr Modi or the pressure Mr Modi’s government is putting on him. Instead, he has appealed for patience.

“Serum Institute of India has been directed to prioritise the huge needs of India and along with that balance the needs of the rest of the world,” Mr Poonawalla tweeted in late February. “We are trying our best.”

The Serum Institute, based on a sprawling campus in the city of Pune, agreed to provide vaccines to middle- and low-income countries, according to a deal it signed last year with AstraZeneca, the pharmaceutical giant that teamed up with the scientists at Oxford who developed its vaccine.

Production issues at other AstraZeneca facilities in Belgium and the Netherlands have led to wealthier nations like Canada, Saudi Arabia and Britain to rely on Serum Institute’s doses as well, making the company even more critical to the global supply chain of AstraZeneca’s vaccine.

Up to now, India has still exported more doses of vaccines than it has given to its own people, unlike the United States, Britain and member states of the European Union.

India — with a population of more than the entire African continent, and hundreds of millions of people living below the poverty line — is completely reliant on its own supply of vaccines, unlike many other countries that have sourced vaccines from different suppliers around the world. The country produces a second Covid-19 vaccine developed by Bharat Biotech, an Indian company, though the global demand for that vaccine is much lower than the demand for the AstraZeneca vaccine.

But with many poorer countries already unlikely to get broad access to vaccines until 2023 or 2024, an extended halt on exports from India could push those dates back even further, said Olivier Wouters, a professor of health policy at the London School of Economics who has been studying the global vaccine supply chain.

With new variants spreading, he said, it’s in the interests of all countries to work together to vaccinate the world.

“Many countries around the world, poorer ones in particular, are counting on India,” Mr Wouters said. “Vaccine nationalism hurts us all.”

Nepal, one of Asia’s poorest nations and next door to India, has had to halt its vaccination campaign. It was heavily reliant on doses of the AstraZeneca vaccine made at the Serum Institute, but with its national stockpile running low, Nepal stopped administering vaccines on March 17.

Dr. Jhalak Sharma, chief of the immunisation department within Nepal’s health ministry, said the country had received a donation of one million doses from the Indian government and had already paid 80 per cent of the price for the next two million but that didn’t seem to have made a difference.

“We couldn’t get the vaccine in time,” Dr Sharma said.

India’s export restrictions, he added, “will affect us and the entire world.”