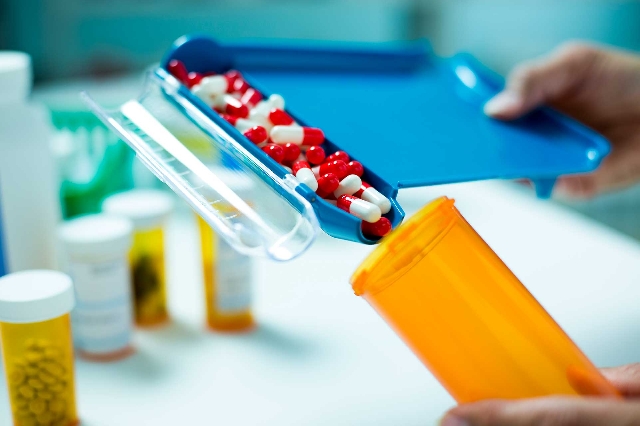 The government is in the process of digitising the operations of pharmacies in the country, Vice-president Mahamudu Bawumia has disclosed.

The e-pharmacy project, which is scheduled to be launched before the end of the year, will make Ghana the first country in sub-Saharan Africa to have a national scale e-pharmacy and one of only a few countries in the world.

Dr Bawumia said this at a fireside conversation at Ashesi University on the theme: ‘Transforming an Economy Through Digitalisation – The Ghana Story’ on Tuesday, 2 November 2021.

Explaining the rationale behind the initiative, Dr Bawumia said: “Patients or people generally face difficulties when trying to find medicines in pharmacies. They have no way of knowing which pharmacies have the medicines”.

“They could go to five pharmacies before getting lucky. Sometimes, patients are directed to go to specific pharmacies to buy the drug, denying them any advantage there might be of choosing from a lower-priced shop”.

“People also don’t know what the prices of the drugs are at different pharmacies and tend in their time of vulnerability to just buy at the prices offered when they find the drug. It is also difficult to tell whether the drugs are genuine or fake. There is also the problem of drug abuse with prescription drugs like tramadol.”

To address these problems, the Vice-president said in 2019, he challenged the Pharmaceutical Society of Ghana to digitise the operations of pharmacies in the country.

Following this and working with his office, Dr Bawumia noted that the Pharmacy Council in collaboration with the private sector has completed work on a digital platform for all pharmacies in Ghana and a pilot of 45 pharmacies is currently ongoing.

“Basically, the digital e-pharmacy platform will offer the opportunity to everyone through a mobile phone to upload your prescriptions and find out which pharmacies near you have the drugs,” he explained.

Secondly, Dr Bawumia said “you can compare the prices for the same drug offered so that you can buy from the lowest priced pharmacies.”

“You will also be able to order the drug and pay for it on the phone through mobile money or GhQR (Scan and Pay), etc. The medicines are then delivered to the customers at home through a courier service,” he added.

According to Dr Bawumia, the e-pharmacy will enable Ghana to address the issue of drug abuse.

He noted that those prescribed controlled drugs like tramadol for example will only be given a one-time CODE sent via SMS (once the prescription is uploaded) to use at the pharmacy.

He further stated that the e-pharmacy platform will also check fake or counterfeit drugs because the platform will be linked to the FDA which will monitor the batch numbers of all products in realtime. “Any drug for which the FDA does not have a batch number will be classified as fake,” he said.