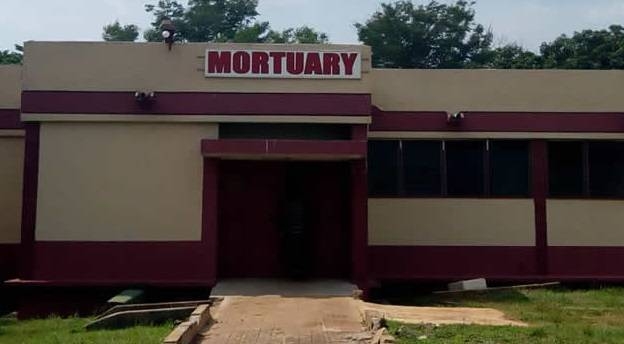 Mortuary workers will go on strike from Oct . 1

The Mortuary Workers Association of Ghana (MOWAG) has announced its intentions to go on strike effective 1 October 2020.

A press statement issued by the General Secretary of the group, Mr Richard Kofi Jordan, on 27 September 2020, indicated that the strike is a result of the employer’s (Ministry of Health) failure to "resolve long-standing but resolvable grievances".

According to the group, the ministry has failed to address their grievances for a very long time, hence the decision to initiate an industrial strike until its demands are met.

The statement indicated that there are unresolved issues of salaries, allowances, job placements and promotions.

It further stated that mortuary workers have not been beneficiaries of the 50 per cent bonus promised by President Akufo-Addo to motive frontline workers in the COVID-19 fight, adding that their petition to the President in that regard has not been fruitful, among many other reasons.

The leadership of MOWAG has, therefore, called on all mortuary workers in public health institutions such as the Ghana Health Service, CHAG, teaching hospitals, university hospitals and other quasi health institutions to "lay down their tools" from 1 October "until further notice". 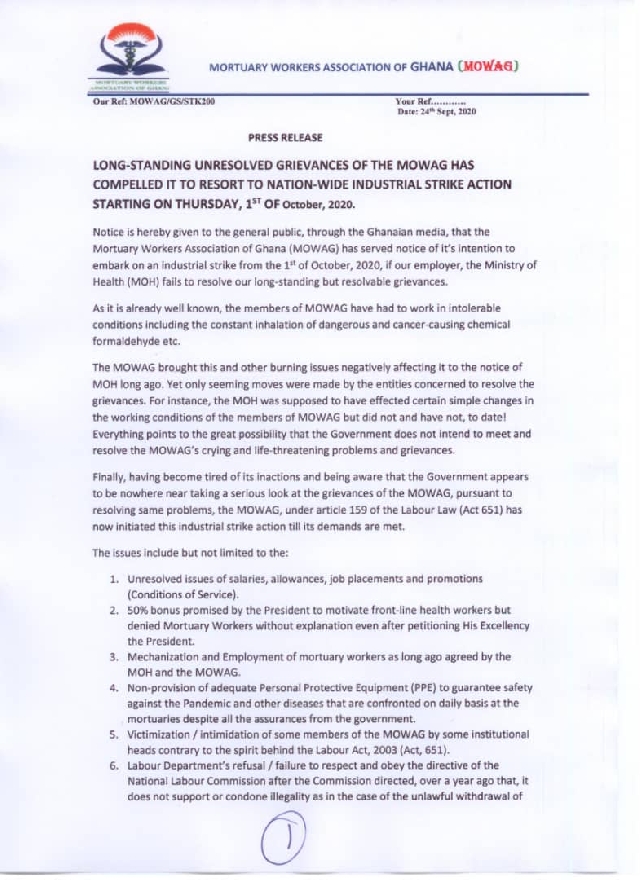 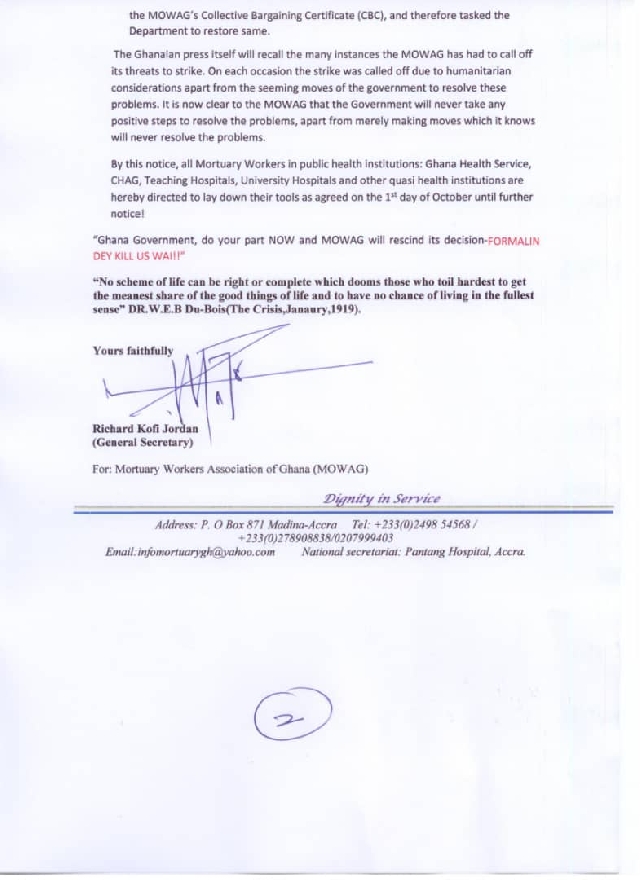