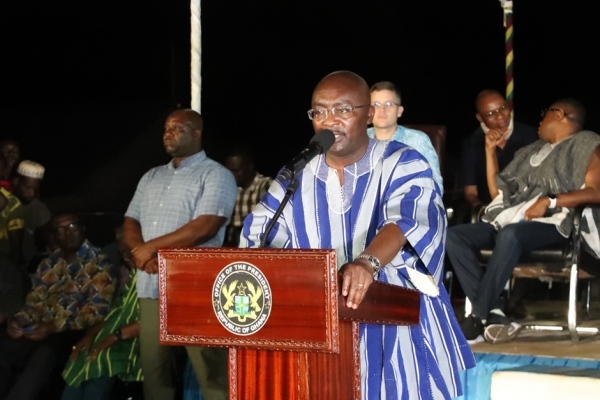 Vice President Mahamudu Bawumia has said the government's investments in the water and sanitation sector have resulted in the country not recording a single case of cholera in the last five years.

Ghana recorded its worst outbreak of cholera in 2014 with eight out of its 10 regions being affected.

The cholera outbreak started in June 2014 and continued until 2015.

By the end of January 2015 when the outbreak was finally contained, over 28,000 cases with 243 deaths had been recorded in all 10 regions of Ghana.

Speaking at the opening of a town water project at Tuna in the Savanna Region, Dr Bawumia disclosed that over $740 million has been invested by the government in the provision of portable drinking water with the construction of water projects and systems, thereby giving Ghana a clean sheet of records of cholera in the last five years.

While disclosing that overall access to water in Ghana currently stands at 87%, 96% for urban access and 74% for rural access, he added: “We all know that under the United Nations Sustainable Development Goal, Goal number 6 is a goal for us to attain clean water sanitation for all. In this regard, the government of Nana Addo Dankwah Akufo Addo has had a policy of water for all. This water for all policy has resulted in an investment program of about 740 million dollars in terms of investment in water systems in various towns and communities."