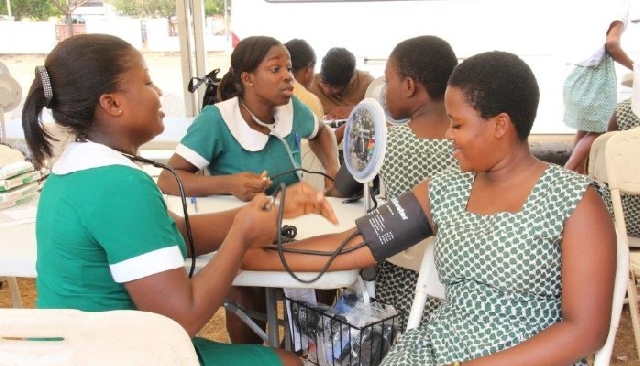 The government of Ghana has scrapped the system of bonding trainee nurses and midwives on the back of its inability to employ the thousands of graduates currently pushing for jobs in the public health sector.“Bonding is stopped now,” Deputy Health Minister Tina Mensah announced Thursday but did not give details on when the decision was taken by the governmentThe government, in 2005, introduced the bonding of trainee nurses and midwives to curb the brain drain in the health sector, which, it said, was impacting negatively on health delivery in the country.Under the system, nurses trained in public health training institutions had to serve in Ghana for five years before they could leave the shores of the country to practice elsewhere.A decade after, the government began a review of the bonding system with the view to cancelling it in order to allow nurses and midwives who graduate, to seek employment in the private sector and outside the country without having to serve in Ghana.Speaking on the sidelines of the 4th annual general meeting and scientific conference of the Ghana College of Nurses and Midwives, Ms Mensah said graduates can now leave to practise anywhere in the world once they are done with their national service.“Now, it is no more there, so, you’ve not been bonded,” she emphasised, adding, “Now that they are no more bonded, you’re free to go”.She indicated that the trainee allowance being paid should not be misconstrued as a form of bonding, saying, “When you’re given allowance, it doesn’t mean you’ve been bonded”.