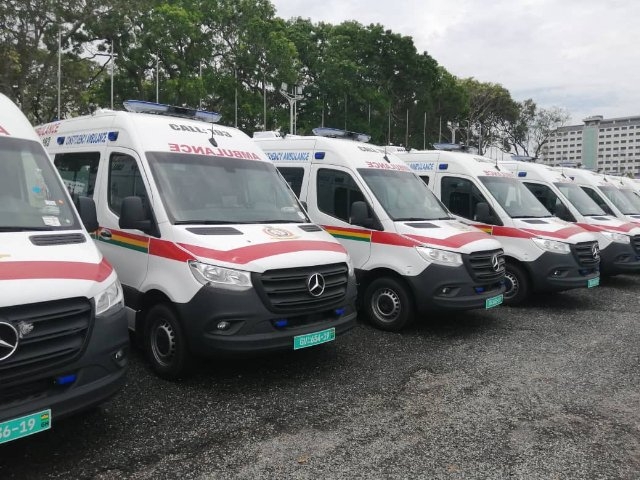 The Minority in Parliament has issued a three-day ultimatum to the government to distribute some 40 ambulances parked at the forecourt of the Parliament House.

The vehicles form part of some 275 ambulances procured by the government to be assigned to each constituency. The current number of ambulances in the country is less than 60. They are centred at the regional capitals and serve a population of 27 million.

According to the Minority legislators, several Ghanaians are losing their lives on a daily basis while the ambulances are left at the mercy of the weather at Parliament, ostensibly, to be distributed during the 2020 election campaigns.

The Ranking Member of the Health Committee of Parliament, Mr Kwabena Mintah Akando, said at a press conference that “the ambulances are for emergency purposes” hence should be used as such immediately.

Reacting to the accusations by the Minority, the Member of Parliament for Adentan Constituency and Director of Communication of the governing New Patriotic Party (NPP), Mr Yaw Buaben Asamoa explained that: “Certain features, particularly trackers, must be put on them (ambulances) before they are released”.

He said the “theatrics” of the Minority is aimed at “creating a situation that does not exist”.

According to him: “There are about 100 that are being cleared and there are others on the high seas. It is easier done in a coordinated manner”.