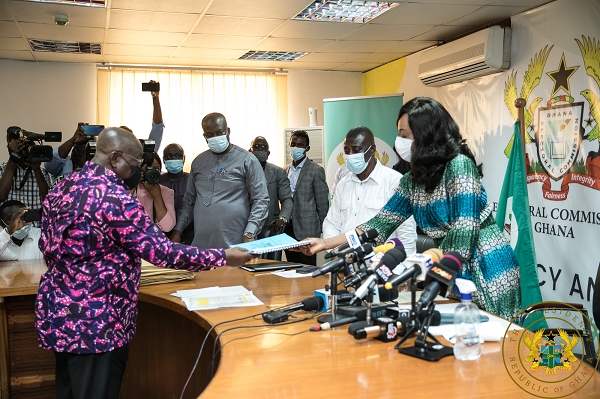 The increase, according to the Electoral Commission, was meant to reduce frivolous candidatures.

However, the EU said this huge amount is also likely to deter some genuine candidates from contesting.

The EU EOM in its final report on Ghana’s 2020 election noted that given Ghana’s GDP per capita in 2019 was 11,541 GHS (1,634 EUR), the nomination fees for parliamentary candidates appear “unreasonably high.”

Although the nomination fees are refundable, the Mission noted that it is effectively only refundable to candidates of the two main parties – New Patriotic Party and National Democratic Congress – as the deposit is refunded only to candidates who obtained at least 25 per cent of votes in the presidential and 12.5 per cent in the parliamentary elections.

In 2020, only around 10 parliamentary candidates and no presidential candidates outside the two main parties surpassed these thresholds.

The EU EOM report further bemoaned that higher financial demands are particularly restrictive on female and younger candidates who often have less access to resources.

The report noted that candidate registration in the 2020 polls was generally inclusive but nomination fees “unreasonably high and many members of public service excluded.”