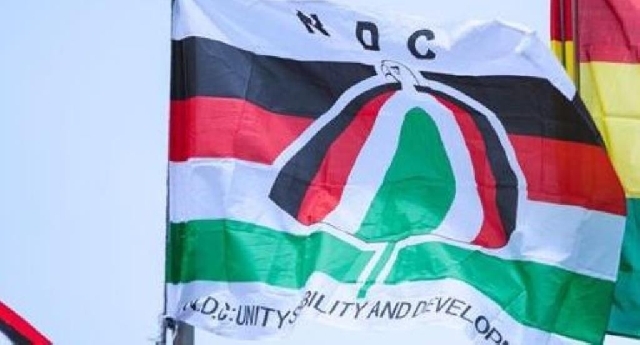 The youth wing of the main opposition National Democratic (NDC) has threatened a series of mass actions if the governing New Patriotic Party does not rescind its decision to declassify portions of the Achimota forest in Accra.

The opposition party is also not happy with the government’s reintroduction of the controversial Agyapa royalties deal.

According to the NDC, several media reports and accounts of senior government officials including ministers of state, have confirmed the Akufo- Addo/Bawumia-led New Patriotic Party government’s intention to further “rob” the youth of Ghana of their future and deprive them of the benefits of prime natural resources.

The youth wing of the NDC served this notice in a statement signed by its National Youth Organiser Opare Addo in Accra.

Several media reports and accounts of senior government officials including Ministers of State have confirmed the Akufo Addo/Bawumia-led New Patriotic Party government’s intention to further rob the youth of Ghana of their future and deprive them of the benefits of prime natural resources.

As if the untold hardship and economic deprivation this callous government has visited on the youth in the last five (5) years were not enough, the Akufo Addo/Bawumia-led government has triggered, as we understand, processes in another attempt to collateralise Ghana’s mineral (gold) resources in an opaque and fraudulent offshore deal code-named "Agyapa Royalties".

Additionally, the Akufo Addo/Bawumia government has also initiated moves to sell the Achimota forest land under the guise of reclassifying a portion of the forest and returning the land to its allodial holders through an Executive Instrument (E.I) which clearly exposes the government’s clear intention of leading the sale process.

The unholy appetite of this government to squander everything meant for future generations in dubious deals is becoming one too many.

If this government is allowed to once again have its way in the obnoxious “Agyapa Royalties” deal and sale of Achimota forest land, we would wake up one day to hear that this government is calling for bids to sell our beloved country, Ghana.

If past governments, from colonial days through to the post-independent era, had developed this canny means of plundering State resources in a manner akin to what the Akufo Addo/Bawumia government is doing, there would not have been a country called Ghana for Nana Addo Dankwa Akufo Addo and Dr. Mahamudu Bawumia to meet and be governing badly as we are witnessing today.

The President and his coterie of political hangers-on cannot be allowed to steal natural resources meant for future generations in a manner aimed to enrich themselves – family and friends.

The Youth of Ghana are roundly opposed to this apparent thievery and state capture attitude of this government and enough is enough.

We demand that the government rescinds its decision forthwith on Agyapa and Achimota Forest sale christened as declassification or risk facing the inevitable massing of the youth of this country in a nationwide continued protest.

If it is the thinking of hardliners in government that they have experienced many youth protests and have become immune to the same, they should think again.

Our resolution this time around is to a continuing protest until our demands are met in the interest of our future.

What we can assure the Akufo Addo/Bawumia government is that we the youth of Ghana are ready to use all lawful means to fight for our future today and save it from the reckless collateralization and sale by leaders without future.

For and on behalf of the Youth of Ghana.