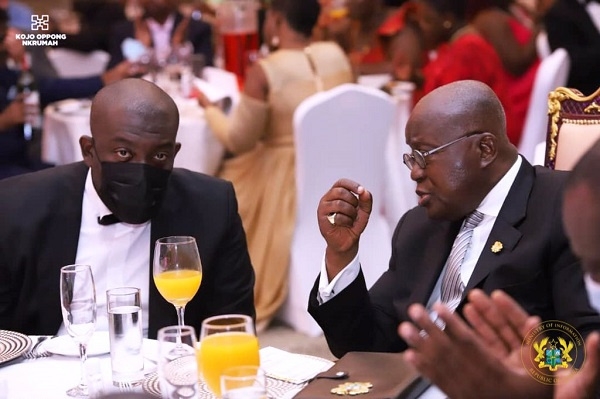 Information Minister Kojo Oppong Nkrumah has said Galamsey queen Aisha Huang was “repatriated” from Ghana even though President Nana Akufo-Addo recently said he was not sure she was “deported” from the country when she was first arrested in 2018.

According to him, the President's comment was a "figure of speech", adding: "The President knows what happened. He has clarity on it. It was a question he was answering that he was not too sure that this was deportation or repatriation".

“The fact is she was repatriated from the Ghanaian jurisdiction”, Mr Oppong Nkrumah told Accra-based Citi FM on Tuesday, 13 September 2022.

Subsequently, he noted: “She found herself back in the Ghanaian Jurisdiction”, adding: “The security agencies did not go to bed, they arrested her, she is in custody”.

“She has not been granted bail,” he added.

“I think all of our national attention must go strongly to focus on that and to see that through and to get results for the people of Ghana,” Mr Oppong Nkrumah said.

Just a few days ago, President Nana Addo Dankwa Akufo-Addo said: “I’m not still sure whether she was in fact deported or whether she fled the country the first time and has now come back”, noting: “There still seems to be some uncertainty about it”.

“But whichever way it is, she’s become the sort of nickname for all that galamsey represents”, the President added during an interview in Ho, Volta Region on Tuesday, 13 September 2022.

Responding to angry Ghanaians on why she was deported and not prosecuted, the Senior Minister then, Mr Yaw Osafo Maafo, in 2019, said jailing her in Ghana will not have solved the country’s economic problems.

Osafo Maafo cited Ghana’s diplomatic ties with China and the huge investments Chinese companies are making in developing the country’s infrastructure, including the $2 billion Sinohydro deal, as some of the reasons for Aisha Huang’s deportation.