Akufo-Addo gov’t has been consulting on legalising Okada since 2019; we’ll do it if need be – Transport Minister 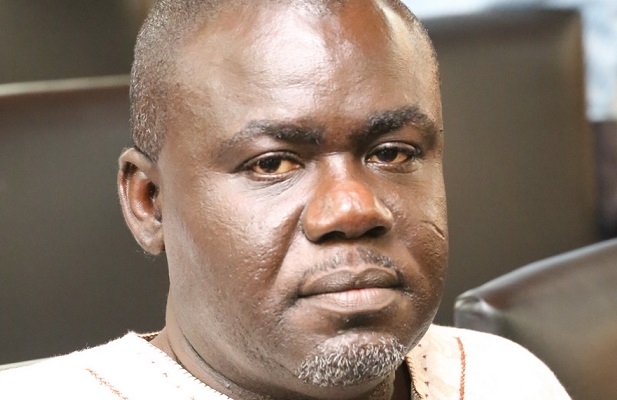 The Akufo-Addo government has been holding consultations with the relevant stakeholders on whether or not to legalise the use of motorbikes for commercial purposes (Okada) since 2019 and if there is the need for the law to be reviewed, it will be done, Transport Minister Akwasi Ofori Asiamah has told journalists.

In August this year, the flagbearer of the National Democratic Congress (NDC), former President John Mahama, promised to legalise the Okada business in his next administration.

Speaking to the chiefs, people and party supporters at Kpando in the Volta Region on Friday, 21 August 2020, Mr Mahama said: “I've been seeing young people who have finished school and they can’t find a job and, so, they are look for something they can do and many of our young people are riding motorcycles and transporting people from place to place, and we call them Okada”.

“But in our law, it says Okada is illegal but Okada is a reality, it has come to stay, you can't stop it, and, so, I've suggested and I say when we come into office, we will legalise Okada but we will regulate it”, Mr Mahama said.

He explained further: “We will regulate it and we will give them training so that they can do their business safely without causing the lives of people, they must obey all the traffic regulations in order that they be allowed to pursue their profession”.

Speaking to journalists on the issue recently, the Transport Minister said consultations on that subject have been going on between the government and the relevant stakeholders long ago.

“Let me make the position clear on it: we’re now doing stakeholder consultation on the matter and whatever position will come out clear, we’ll make it public to the people of this country to know but as of today, the position Okada is what is stated in 21 (80)”.

Asked if the law will be reviewed by the Akufo-Addo government, Mr Asiamah said: “I’m saying that we are doing stakeholder consultations on the matter and when we are done, we’ll make it public for you to know”.

He said: “In coming up with a law, it is not about speed, it is about accuracy”.

According to him, whatever decision will be taken on the matter by the Akufo-Addo government will be what is decided after the consulations.

“I’m not being hoodwinked about what President Mahama promises on his campaign tours. What I’m saying is that the state of Okada and what this present government is doing now, that is what I’m stating.

“We started this thing in late 2019 when President John Dramani Mahama had not made any promise to the people of this nation”, he said.

The Akufo-Addo government, Mr Asiamah noted, is not in the least shaken by Mr Mahama’s promise.

“Let me tell you, we’re not frightened by anything”.

“We are supposed to govern this country to the best of our ability and what will win the interest of this country. Let us not compare some of these promises and say that somebody has made this campaign promise so come and respond to it”, the minister added.

He pointed out that laws are not cast in stone and, so, could be changed at any time depending on the exigencies.

“In 2012, when the law was passed to make it unlawful, President John Dramani Mahama was the President. If today, he has come out and he has said that if he is voted into power, he will change that position, then maybe, I don’t know what he means but we, as a government, know that this is a matter that we need to take our time, consult the people, come out with a view, then it will determine the law that we need to put in place because laws are made to be changed because they are not static.

“If you think that at the end of the day, you need to amend certain laws to take cognisance of the day or the time, you do so”, he said.

Speaking on Accra-based Oman FM on Mr Mahama’s Okada promise recently, President Akufo-Addo said: “A law was made during the Mills/Mahama era [against Okada]. Today he [Mr Mahama] has changed his mind”.

“He said he is going to legalise it. How can that provide more jobs than NaBCo and Planting for foods and jobs?” Mr Akufo-Addo wondered.

According to him: “We have provided over two million jobs with these social intervention initiatives”.

“So, how can you say that okada will provide more jobs?” he asked.