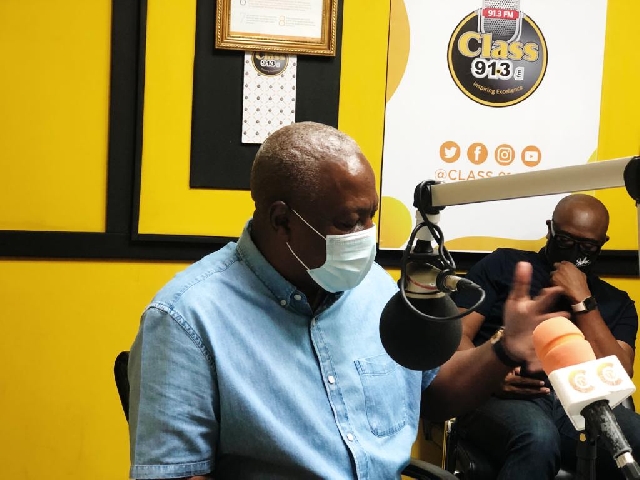 Investigative journalist Anas Aremeyaw Anas “has never been more persecuted under any government than under this government”, former President John Mahama has said.

“And, so, even though President Akufo-Addo said he is going to use the Anas Principle, I think that today, Anas has been more persecuted than he’s ever been”, the flagbearer of the National Democratic Congress (NDC) told Benjamin Akakpo in an exclusive interview on Class91.3FM’s Executive Breakfast Show on Monday, 14 September 2020.

He said: “There are times he [Anas] felt his life threatened; of course, in the kind of things he does, there’s the kind of danger, every day of personal harm to your person but this time, he’s never felt more threatened than he’s ever been in all his career”.

While in opposition, Nana Akufo-Addo, as flagbearer of the New Patriotic Party, promised to use the Anas Principle to fight corruption.