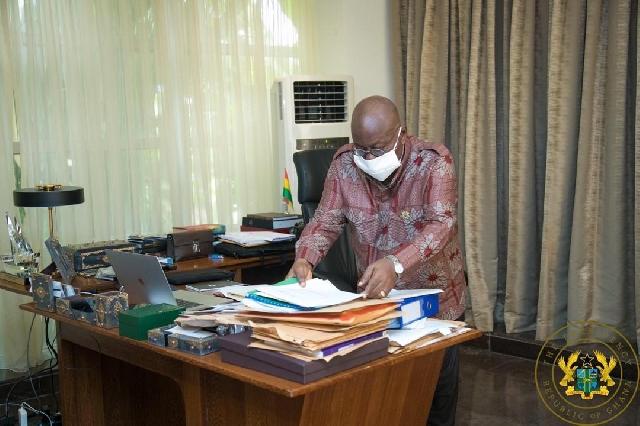 President Nana Akufo-Addo has released a list of his cabinet members for his second term in accordance with Article 76 (1) of the 1992 Constitution.

The president, per the 1992 Constitution, can constitute a cabinet of not less than 10 and not more than 19 ministers and also appoint a secretary.

The president and the vice-president are also part of cabinet.

The vice-president takes up that responsibility in the president’s absence.