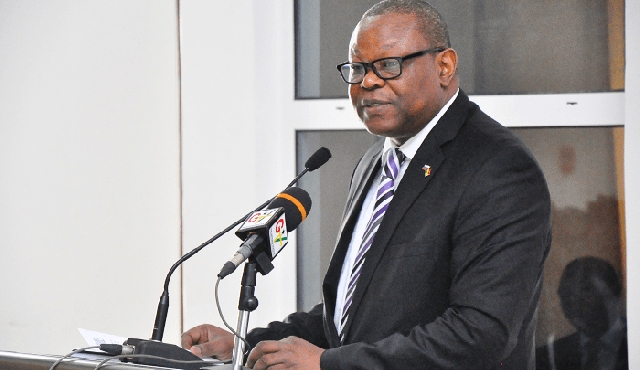 Speaking exclusively on Class 91.3 FM's 505 with Korku Lumor, Dr. Bombande revealed that President Akufo-Addo's uncertainty on Aisha Huang’s deportation status is an indication that he is not in-charge of Ghana’s security.

“It comes across clearly to the people of Ghana that he's making a tacit admission, which is also a confession that he as the Commander-in-Chief, is not totally in-charge of our security architecture”.

According to Dr. Bombande, the continous destruction of Ghana's water bodies by Aisha Huang and her cohorts, sharply contradicts the President's efforts at seeking global financing support for climate change adaptation.

“If you put in context the dominance of Aisha Huang in our media headlines, associated with the destruction, ravaging and raping of our environment and taking it away from future generations with Aisha Huang representing symbolically, the image of the continuation of the destruction that we have (in Ghana) and our President's (efforts), together with the community of the developing world, seeking finances for climate adaptation, the picture is very contradictory,” he stated.

“A major concern for all of us is that there has been a breach in our national security set up in the context of her re-entry into Ghana and we must use that as the argument for a comprehensive investigation, to reframe and enhance how our security agencies review their capacities for the protection of Ghana, to make our borders (impenetrable),” he advised.

Meanwhile, Chief of Party at the Bureau of Public Safety, Nana Yaw Akwada has further revealed that President Akufo-Addo's recent comments on Aisha Huang, points to the fact that he and his appointees are not concerned about the wellbeing of Ghanaians.

“I feel so violated because, the issue of galamsey is not a matter that should be taken lightly. It is a matter that threatens our very existence and if today, it is coming to light that the president and his senior minister are not on the same page, every Ghanaian, I think should be worried.”

“It means that, the things that concern us, really do not concern these people,” he bemoaned.

He is, therefore, calling for a parliamentary probe into the circumstances surrounding Aisha Huang's deportation and subsequent re-entry into Ghana.

“This matter should not rest here. I will want to see the parliamentary committee on Defense and Interior, take this matter up seriously.”

“We need to examine how our president is briefed, what issues make way into his daily security briefings and which ones do not,” he said.

The President of Ghana, Nana Addo Dankwa Akufo-Addo, has come under fierce criticism for asserting that he does not think the Chinese national was deported out of Ghana, following her arrest for engaging in illegal mining activities.

This view, sharply contradicts his earlier admission three years ago during an engagement with the Ghanaian community in Colorado, USA, in which he categorically stated that the deportation of Aisha Huang was a mistake.