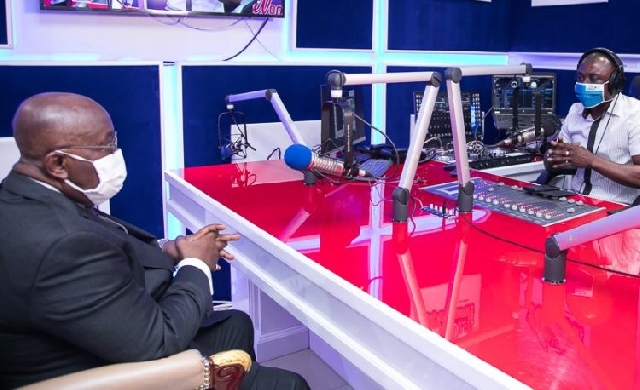 President Akufo-Addo has said his government intends introducing a ‘university on loans’ systems to help improve access to tertiary education in Ghana.

“After rolling out the Free Senior High School policy, the next is looking at how to make tertiary education accessible”, the President told Wontumi TV in a recent interview in Kumasi, Ashanti Region.

He said Ghana’s finances cannot support a free university education system as pertains to the senior high school system, “but we can organise a system whereby anybody who gains admission into a university can access a loan, a revolving fund, where after completion the student will pay back”.

“We are working on it and it’s one of the things that will come out of the manifesto”, President Akufo-Addo said.

He, however, noted that he was sure tertiary education would eventually be free in the future.

“I’m sure, at the end of the day we have to move that way. At least, for this generation, we want the development of our human material as a matter of urgent priority. We’ll move that way but I don’t want to give a time table to it but definitely the steps we’re taking are towards that.”