"Akyems have captured Ghana under Akufo-Addo; everything is Akyem" – Ambolley 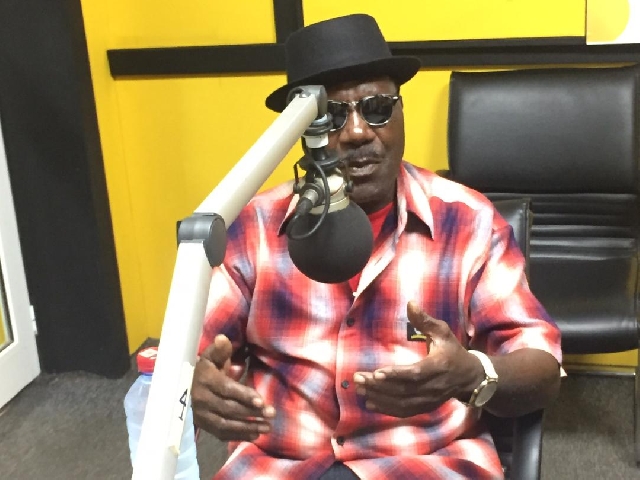 Akyems have “captured” Ghana under the Presidency of Nana Akufo-Addo, veteran musician Gyedu-Blay Ambolley observed when he spoke to Nana Kwesi on Class91.3FM's 'The Big Show' on Saturday, 30 November 2019.

According to the afro-jazz musician, the government of Ghana’s first President, Dr Kwame Nkrumah, was a motley of cultural and ethnic diversity, but the same cannot be said of the Akufo-Addo administration.

“Ghana is a people of different cultures, different tribes and everything”, he told Nana Kwesi, recalling: “[During] Kwame Nkrumah’s time, all the tribes were part and parcel of the ministers and all that – you’ll find an Ewe man in there, a northerner in there, so-and-so in there – but right now, it looks like the thing has been shifted”.

“It’s like it’s a tribe that has captured the power”, Ambolley pointed out, adding: “So, everything is being diverted and given to the people of the same tribe”.

When Nana Kwesi demanded to know the specific ethnic group he was referring to, Ambolley said: “It’s where the President is from; I mean the Akyem side”. “

“Everything is Akyem, everything is Akyem”, Ambolley complained, saying: “But Ghana is not only Akyem, so, we need to really sit down because if you’ve been given a mandate of four years and things like that, what is going to happen after the four years or what are you going to leave behind because if look at the age of the President, he doesn’t have so many years in front of him, so, what is he going to leave behind?

“Is it the accumulation of money or you’re going to leave something behind that the younger ones can remember you [by]? That’s what Kwame Nkrumah did. That’s why today, everywhere you go Kwame Nkrumah is relevant”, he compared.