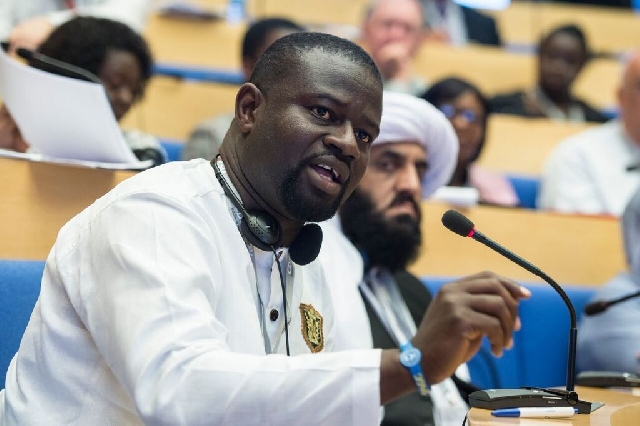 In his tirade, Mr Annoh-Dompreh asked the #FixTheCountry campaigners to fix themselves first before asking the government to fix the country. 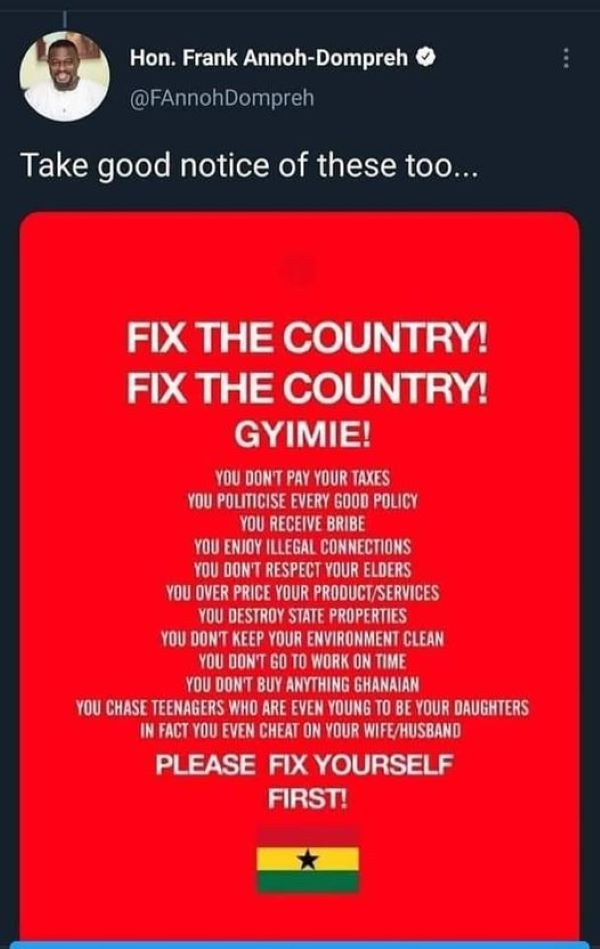 The Nsawam Adoagyiri MP has, however, made a U-turn as captured below:

I would like to apologise for an earlier tweet which failed to convey both seriousness of the times and to capture the essence of what the youth is demanding.

Throughout my time in public office, I have always known that collective action and responsibility are important.

However, I also believe that ultimate responsibility lies with the hierarchy of government.

This is why as MP, I have always strived to use public office to make life better for my constituents.

It is also why I cannot, in good conscience, endorse any message of finger-pointing while ignoring the climate of holding the arms of government accountable.

In that spirit, I would urge us all to sustain our efforts to demand accountability.

I believe in the leadership of H.E Nana Addo Dankwa Akufo-Addo and I'm confident that the responsible and responsive leadership he has displayed since 2017, will prevail.

We shall succeed in making Ghana a better place.