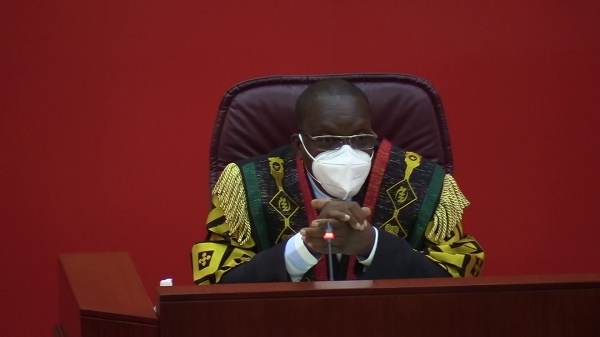 Speaker of Parliament Alban Bagbin has summoned Health Minister Kweku Agyeman-Manu to appear before the house in the next two hours to answer a question concerning his ministry.

The question stands in the name of the Member of Parliament for Sefwi Akontombra, Alex Tetteh Djornobuah.

Mr Djornobuah wants to know from the minister the type of health facility being constructed in Sefwi Akontombra and when it will be completed and handed over.

Majority Chief Whip Annoh Dompreh pleaded with the Speaker to defer the question, as, according to him, the minister had indicated his absence to the Majority Caucus.

However, this did not sit well with Minority Chief Whip Muntaka Mubarak, who argued that such habits on the part of ministers must not be tolerated.

In his ruling, the Speaker said ministers must take Parliament seriously and, therefore, demanded that the minister appear in two hours to answer the question.

He said: “The minister responsible for health is aware that a question has been scheduled for today. The reason he has given for his inability to present himself to the house to answer the question is completely disrespectful to parliament and I’m not going to take that”.