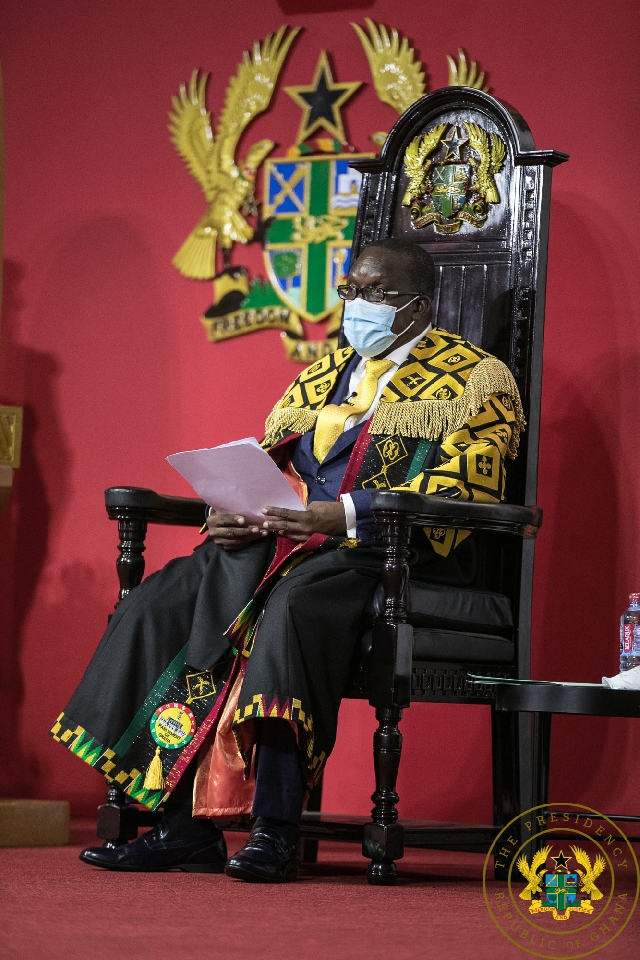 Former Member of Parliament for Nadowli Kaleo, Alban Bagbin, has been elected as the next Speaker of the Eighth Parliament of the Fourth Republic after a chaotic voting exercise in the chamber of parliament in the early hours of Thursday, 7 January 2020.

He was elected over the New Patriotic Party's nominee, Prof Mike Oquaye, who had served as Speaker of the Seventh Parliament.

Chief Justice Anin Yeboah administered the oath of allegiance and the speaker's oath to Mr Bagbin.

Mr Bagbin is a member of the National Democratic Congress (NDC) and has been the MP for Nadowli Kaleo in the Upper West region in the 1st, 2nd, 3rd, 4th, 5th, 6th and 7th parliaments of the 4th republic of Ghana.

Mr Bagbin announced his intention to run for President in 2008 on the NDC ticket, but never stood for the primaries.

He became the Majority Leader of parliament in 2009.

Following a cabinet reshuffle in January 2010, he was appointed Minister of Water Resources, Works and Housing by President John Evans Atta Mills.

He was also Majority Leader of Parliament under President John Mahama when he succeeded Dr Benjamin Kunbuor, who was appointed as the Minister of Defence.