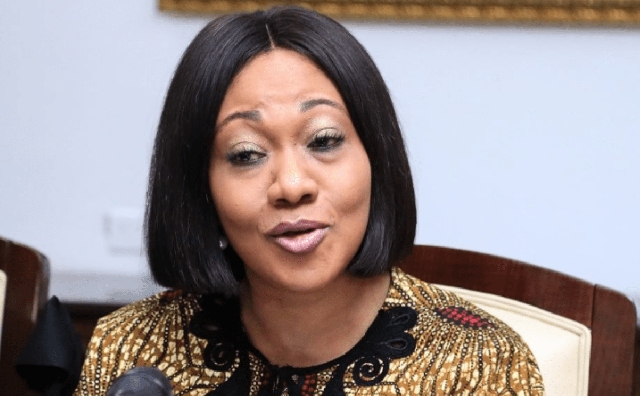 The perception that the Electoral Commission (EC) is deliberating removing persons from the register and placing them on the exceptions list is false, the election management body has said.

This exceptions list refers to unique individuals who conducted various forms of electoral malpractices including underage registration, registration by foreigners, and registration by persons not ordinarily resident in the area where they wish to register.

To date, the EC said it has a total of 13,997 persons on the exceptions list.

Speaking at a press conference in Accra on Monday, 30 November 2020, Chairperson of the election management body, Mrs Jean Mensa said it is important to note that the list was developed as a result of the citizens at the grassroots level challenging and objecting to the registration of certain persons.

She said during the registration exercise a number of persons had their registrations challenged.

“As a result, they were not provided with their Voter ID cards. Additionally, during the exhibition period, a number of persons had their registrations objected to for some of the reasons stated above. It is important to know that those challenged at registration had the opportunity to appeal against the challenge to their registration by providing proof of their eligibility to be registered to the DRRC set up by the Electoral Commission to hear these cases,” she stated.

According to Mrs Mensah, “some of the challenged persons had their challenges overturned and these persons were then provided with their cards and included in the Voters Register.

“Again, persons whose registrations were objected to during the exhibition processes also had the opportunity to appear before the Magistrate. i.e. the DRRO and appealed against their objections by presenting requisite documents and evidence to prove their eligibility. A good number of the objections were overturned, and these persons have been reflected in the register.”

She continued that beyond this, a number of persons whose appeals were not granted by the DRRC and DRRO sought redress at the High Court.

Again, in Effutu, Winneba, Mrs Mensa noted that some 52 persons appealed against the objection to their inclusion in the register.

“The High Court overturned those objections and they have all been included in the voters register by the Commission.  As we speak, their voter ID cards have been issued to them.

It is important to note that in the past the Multiples List and the Exception List were not published by the Commission. However, in the spirit of transparency, the Commission has decided to publish both lists on its website. Both lists add up to a total 21,887 unique individuals.”

Ms Mensa disclosed that the Exceptions and Multiples List prior to the 2016 election amounted to some 800,000 persons.

“They were banned from voting in the 2016 elections. Today, these persons have been given another opportunity to register and vote,” she added.