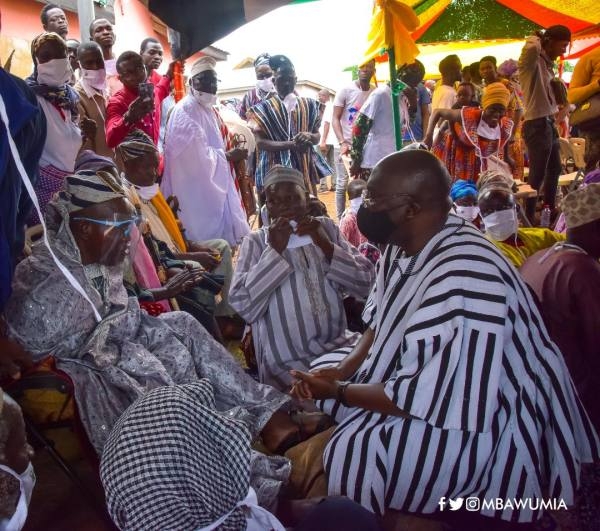 On Monday, 7th September, Vice President Dr Mahamudu Bawumia joined the chiefs and people in the Daboya, Damongo and Bole constituencies in the Savanna region, as part of his working tour of northern Ghana.

The chiefs lauded President Akufo-Addo for living up to his words and fulfilling his specific promises to the people of the area.

Those promises include constructing the 80-km road from Daboya-Mankarigu to Mempeasem for transportation of farm produce quickly to the markets to avoid post-harvest losses, creation of the Savanna region to accelerate development, building irrigation dams under the One Village-One Dam initiative and constructing water supply systems.

They also praised the government for its many pro-poor policies.

Dr Bawumia underscored that the development of northern Ghana is very dear to the heart of President Akufo-Addo and the NPP government and if voted for again God willing in December, they will do more for them.