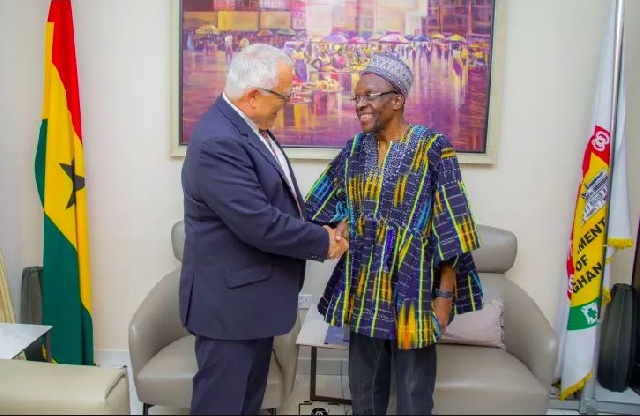 Welcoming the President of the ICC to Parliament, the Speaker outlined the efforts being made to domesticate the instruments of the Rome Statute to give effect to Ghana’s obligations under international law.

“I have written to the Attorney-General and requested that the draft domestic legislation on the International Criminal Court be submitted to the House without further delays,” Speaker Bagbin said.

He added that “there is no need to tarry with the bill when it is one of the urgent instruments we need to enact in our country”.

Ghana drafted the International Criminal Court Bill in 2016 but the bill has not been passed to domesticate the Rome Statute and give effect to Ghana’s obligations under the Rome Statute.

The Speaker, therefore, assured the ICC President of his resolve to see to the passage of the bill before his tenure as Speaker ends in January 2025.

World leaders, he said, must appreciate the benefits associated with rule-based world order and do all they can to champion the rule of law.

Mr Bagbin, however, charged the ICC leadership to work hard to erase the perception that the court only targets African countries, especially when there is evidence showing major crimes being perpetrated by leaders on other continents.

For his part, the ICC President called for a global action to increase the jurisdiction of the court in order to address the many challenges and criticisms facing the institution.

He said the institution has made significant progress in broadening its investigations and jurisdiction but said there is room for more work in that regard.

He commended Ghana’s 8th Parliament under Speaker Bagbin and the efforts it is making to support the legal regime in Ghana.