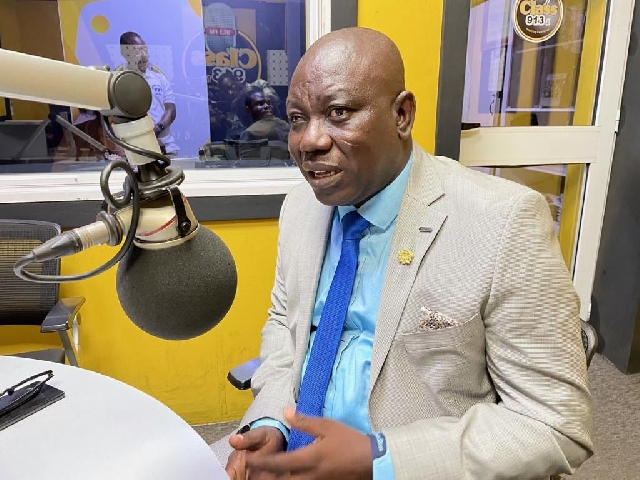 Bolgatanga Central MP Isaac Adongo has told commercial drivers in the country not to keep their hopes up because the government will not reduce taxes on petroleum products in the 2022 budget as they expect to be done.

The commercial transport operators have threatened to strike on Tuesday, 16 November 2021 if their demand for the reduction in taxes and levies on petroleum products is not factored into the budget.

Speaking to this on the Class Morning Show (CMS) on Class91.3FM on Thursday, 11 November 2021, Mr Adongo said the transport operators should forget about the reduction in petroleum products because the government needs the taxes to service the country’s debts due to economic mismanagement by the Akufo-Addo-led government.

The lawmaker told show host Kofi Oppong Asamoah: “Unfortunately, I’ve bad news for the unions saying they should reduce taxes; it is not going to be possible for these people.”

He explained: “The Energy Sector Levy Act (ESLA) proceeds, which represent some of the taxes on petroleum products which were instituted to try and deal with the legacy debt in the power sector, unfortunately, over the last couple of years, those proceeds, for the next 10, 15 years, have been mortgaged to raise an ESLA bond.

“So, when you and I break our back and pay so much at the pump, pay high petroleum prices, what we are not told is that we are paying those taxes so that the government can go and service the debt and leave the debt hanging for future generations to pay”, he explained.

He continued: “Because these are covenants enshrined in the prospectus and agreements that the government signed with investors and gain projections on how future flow from this tax would be used to service the debt, they cannot take it off”.

“So, you see where Akufo-Addo and his people have locked us in? Into a ditch that even if Ghanaians are crying and we need to find a solution to deal with them, again, we don’t have the buffers to do it”.

“The fiscal buffer is gone because it has become crystalised as an obligation of the state to continue to collect that money in order that it does not default in the service of those ESLA debts”.