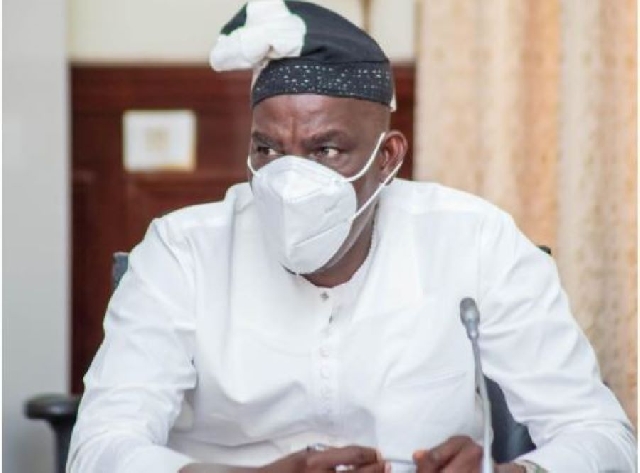 Minority Leader Haruna Iddrisu has said his caucus is following closely, a case in which a gentleman at Jubilee House was picked up by the office of national security in connection with illegal small-scale mining (galamsey).

The Tamale South MP told journalists at media engagement in parliament that: “We are demanding greater transparency even in the president’s quest to fight galamsey”.

“I hear a gentleman was picked up some few days ago at Flagstaff House – one Damoah – and we are following closely”, he revealed.

He warned: “Nobody should make an attempt to cover up what his doings have been relative to his engagement or involvement in galamsey”.

Divulging further information on that matter, Mr Iddrisu said: “He was picked up by the National Security and they are trying to cover up but we are following very closely”.

“So, the president is fighting his own people and we are beginning to know them”, he added.

A few weeks ago, some alleged national security operatives who were arrested for engaging in illegal mining in the Atewa Forest said the office of the president sent them into the reserve to undertake that activity.

The accused persons made the revelation in anger after the Koforidua Circuit Court’ B’ presided over by Her Honour Mercy Addei Kotei, refused to grant them bail on Monday, 24 May 2021.

Seated in handcuffs in a bus, the 32 suspects accused the governing New Patriotic Party of using and dumping them.

“You sent us to Ayawaso in the 2020 election, you sent us to Kumasi to make a show but today you are calling us thieves; meanwhile, it is the office of the President that sent us to the Atewa Forest. NPP is not a good party. We will show them,” they threatened angrily.