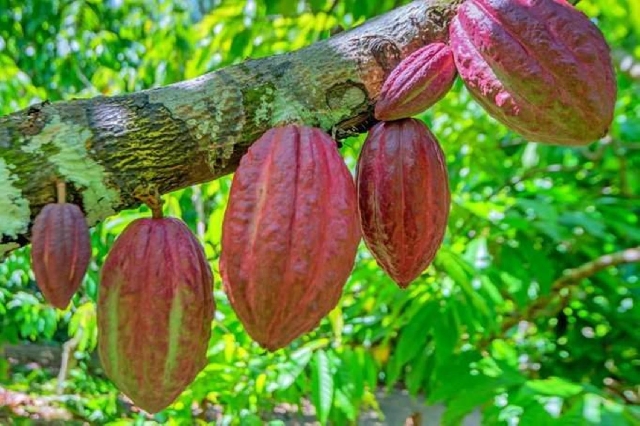 More than 5,000 hectares of cocoa farmlands in the Western North Region have been destroyed by illegal mining activities (galamsey).

This was disclosed by the Deputy Chief Executive in-Charge of Agronomy and Quality Control at the Ghana Cocoa Board (COCOBOD), Dr Emmanuel Agyemang Dwomoh, on day 2 of the ongoing National Consultative Dialogue on Small-Scale Mining in Accra on Thursday, 15 April 2021.

“When we look at the table that is being shown now, you’ll realise that most of these, if you take Western North, for instance, most of the farms that we have established over the years have all been affected by galamsey and illegal mining”.

“In Western North alone, over 5,000 hectares of land under cocoa cultivation have been destroyed by illegal mining”, Dr Agyemang Dwomoh revealed.

He said similar havoc is being wreaked in other cocoa-growing regions.

“When you come to Eastern and Ashanti Region, the situation is the same”, he added.

“And as we speak, more harm is being done in this cocoa communities”, he noted, adding: “The impact of these mining activities on cocoa production is enormous”.

According to Dr Agyemang Dwomoh, “there is crop loss, reduction in crop yield and income, loss of vegetation, the fertility of the topsoil is destroyed, and there is dropping of immature pods as a result of the chemicals that they use”.

Also, he said: “They turn to have cherelles of cocoa dropping and the whole farm being rendered unable to yield anything in the course of the season”.

“There is high risk from polluted water bodies due to the use of mercury and other chemicals”, he warned.

As a result of the negative impact of galamsey, Dr Agyemang Dwomoh said the European Union (EU) has threatened to ban cocoa from Ghana.

“When you take the satellite images, you will see those places in red. The EU thinks that all those places are red because cocoa is causing land degradation. Meanwhile, it is as a result of the galamsey activities.”

In 2019, Ghana signed a €40 million grant with the European Union aimed at promoting investments and job creation in the cocoa-producing West African country. This was disclosed by Information Minister Kojo Oppong Nkrumah on Sunday, 17 March 2019 at a press conference.

The financing agreement, which the minister said was the last programme to be signed from Ghana’s indicative allocation of €323 million under the 11th European Development Fund and National Indicative Programme, spanned between 2014 and 2020.

Its main objectives were to promote domestic and foreign investments, enable businesses to spearhead economic transformation, and create employment.

“It will also strengthen public financial governance and boost domestic revenue mobilisation as well as the fight against corruption”, Mr Nkrumah said.

Finance Minister Ken Ofori-Atta and the EU Ambassador to Ghana, Ms Diana Acconcia, signed the agreement, which was expected to also promote the achievement of the Sustainable Development Goals (SDGs) in Ghana.

The funds were to be managed by the Ghanaian government and the programme was aligned with President Akufo-Addo’s Ghana Beyond Aid vision, Mr Nkrumah noted.