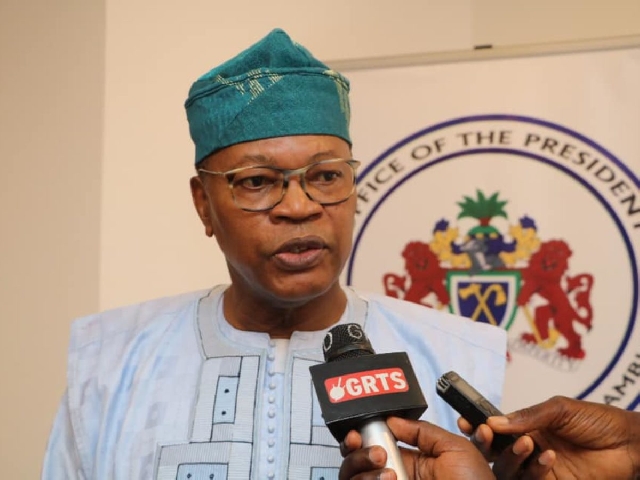 The immediate past Head of the United Nations Office for West Africa and the Sahel (UNOWAS), Dr Mohammed Ibn Chambas has said Ghana lost her bragging rights as an oasis for peaceful elections on the African continent after the bloody 2020 polls which resulted in the death of some voters.

Speaking at a High-Level Post-Election Stakeholders’ Review Workshop of the elections under the auspices of CODEO, Dr Ibn Chambas said: “I hear that, indeed, in some of our neighbouring countries, we did witness crisis prior to the election, during the election and post-election including, for instance, Guinea and other neighbouring countries like Côte d’Ivoire where we had a large number of election violence. It is in that regard that we should also be concerned that, perhaps, we lost our bragging rights because I used to be able to brag about the fact that despite tensions and differences during elections in Ghana, there are never any deaths, but I think this time our image has been dented.”

“In the category of justice and rule of law, our standing has declined, given the parameters that the Mo Ibrahim foundation uses to rate African countries”, observed, adding: “We need to be conscious of that and interrogate what is causing the decline because we should be a leader in that category. We also see a decline in security.”

His concerns come a few days after statesman Sir Sam Jonah expressed similar reservations about the blood-letting during the last elections.

In a speech to Rotarians in Accra titled ‘Down the up escalator – Reflections on Ghana’s future by a senior citizen’, the executive chairman of Jonah Capital, an equity fund based in Johannesburg, South Africa, said: “We have just finished another election, the 8th in the series since the beginning of our fourth Republican democratic experiment”.

“As usual, the accolades came in from all corners of the world, and we took them with pride”, he noted.

However, he said: “What we failed to tell the world is that some people lost their lives in the course of the election”.

“No election is as important as to warrant the loss of even one life”, he stressed.

“And the silence over it is numbing as it gives the impression that it is okay, and it is to be expected”, he bemoaned.

“No, it is not to be expected”, Mr Jonah indicated.

He said: “One of the saddest moments for me was after the State of the Nation address when an MP was asked why there had not been a serious outpouring of grief about the death of the innocent people in Techiman, his response was that as far as he was concerned, they were undeserving of any sympathy because he saw them as armed robbers”.

“For me, that was a new low for the country”, he said.

Also, Mr Jonah expressed reservations about the invasion of Parliament by some soldiers, just hours before the investiture of President Nana Akufo-Addo for a second term.

“We also witnessed arguably the biggest assault on our democracy since the beginning of the Fourth Republic when, on the eve of the swearing-in of the President, at a time when there were no ministers, and crucially there was no minister of defence, armed soldiers, that is to say, officers from an institution that works by command, invaded our Parliament and up till date, no serious answers have been provided”, he said.

“This could have had grave consequences and for the future of our country, the least the country deserves is a public enquiry”, he suggested.

“Have we become so numb to these things?” he wondered.