Ghana not broke; we only have challenges – John Kumah 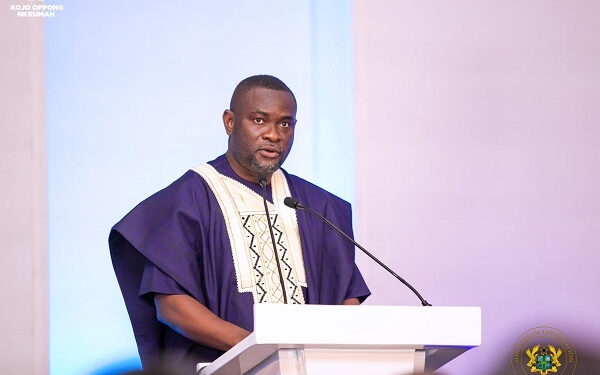 A Deputy Minister for Finance has refuted assertions that the country is broke and as well not a credit worthy nation.

According to the Deputy Minister, Ghana cannot be termed as broke, stemming from the country’s assets.

Mr. John Kumah refuted the assertion by some economists that the country is broke and cannot afford the payment of salaries for some public sector workers in the next three months.

He noted that the statement attributed to the Speaker of Parliament, Alban S.K. Bagbin that the government maybe not be able to pay salaries for the next three months was a mere expression of concern.

“It was a call for MPs to live up to the expectation of Ghanaians in the wake of the passage of the controversial E-levy,” he said.

He stressed that as a country “we cannot be termed as broke with all these valuable assets.”

He assured all public sector workers that the government has the capacity to pay salaries.

Mr Kumah called on Ghanaians to support the passage of the E-levy to further support the government’s efforts in building the nation.

The Deputy Finance Minister who is also the Member of Parliament for Ejisu Constituency in the Ashanti Region said these on Accra-based Asempa FM on Tuesday, March 1, 2022.