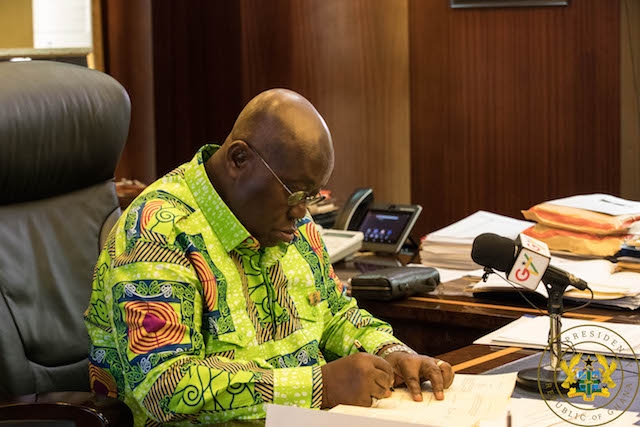 President Nana Akufo-Addo has explained that he stopped his Minister of Special Development Initiatives, Hawa Koomson, from distributing some few dozens of the 300 ambulances being procured by the state for the 275 constituencies because he wanted all of them to arrive in the country for the distribution to be done in one go so that he is not accused of favouritism or regionalism.

“The Minister for Special Development Initiatives, who has been responsible for bringing them, told me about a month, six weeks ago that some of the ambulances were in; should she distribute them? And I said: ‘No, she shouldn’t’, she should wait till they all come in so one day, we can distribute them all at the same time to all 275 constituencies”, the President explained to journalists on Friday, 13 December 2019 when he engaged them at the Jubilee House.

“I saw myself getting into tremendous amount of issues if I started distributing some and others didn’t get it”, Mr Akufo-Addo explained, adding: “Fortunately for us, all of them would be in by the end of this month”.

“Around 60 are already in and the other ones are on the high seas and will be here; by the end of the month, 300 would be here; on the 6th of January, I would commission them then the distribution would take place simultaneously across the country and nobody is going to accuse me of favouritism, regionalism”, he noted.

A few weeks ago, pressure group OccupyGhana had described the delay in distributing the ambulances as “gross irresponsibility”.