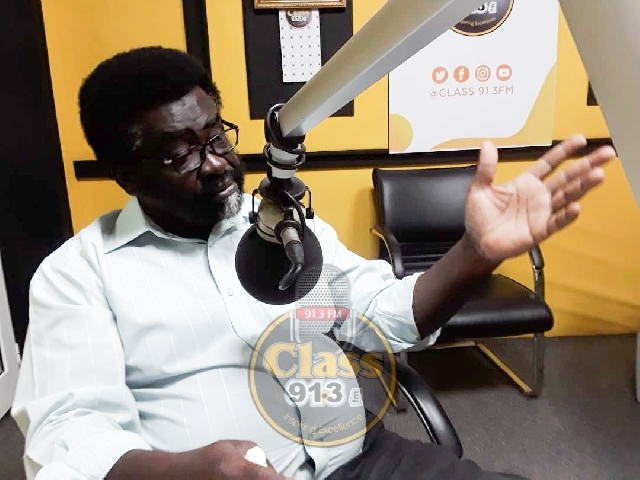 A former political science lecturer at the Kwame Nkrumah University of Science and Technology (KNUST), Dr Richard Amoako Baah, has revealed that he is forced to wear a nose mask and hat just so he could hide from members of the governing New Patriotic Party (NPP) who constantly accost and attack him for the lower-than-expected performance of President Nana Akufo-Addo.

According to Dr Amoako Baah, things are not looking good under the Akufo-Addo-led government.

Speaking on the Citizen Show on Accra100.5FM on Tuesday, 27 July 2021, Dr Amoako Baah, who is also a leading member of the NPP, expressed disappointment in his own government.

He said: “Anytime I come to Accra, I wear face mask and a hat because when people meet you they want to attack you”.

He said he would not say Nana Akufo-Addo has failed as president but it is evident that all is not well in the country.

“They insult me and say NPP knows nothing and they even say this in Kumasi”.

“On two occasions, I’ve been told this in the face and one is a big businessman who said NPP is a disgrace to itself”, Dr Amoako Baah said.

“This is the truth because the aspirations people had for this party has not materialized”, he told host Bobie Ansah, adding: “Before the elections, I told Nana Addo in his house that he will win even without campaigning because people were fed up with NDC and Mahama and we put all our trust in Nana Addo…”

“Some in the party feel they are the only wise ones; they don’t consult anyone”, he complained.

“Who in Ghana today can confidently say all is well in the country?” he asked.

Dr Amoako Baah said: “Nana Addo’s government does not belong to only Nana Addo, it is his uncle Danquah’s government”.

“The aspirations people had in J.B Danquah was transferred to Nana Addo and that is why when Nana Addo came, people compared him to Kwame Nkrumah. I wouldn’t go far to say Nana Addo has failed but things are not going well”.

“The finance minister said the country is broke and have you seen a country that is developing or improving that is broke?”