‘Is there need for disposed toilet paper?’ – NDC to Allotey Jacobs’ on ‘childish’ assassination claim 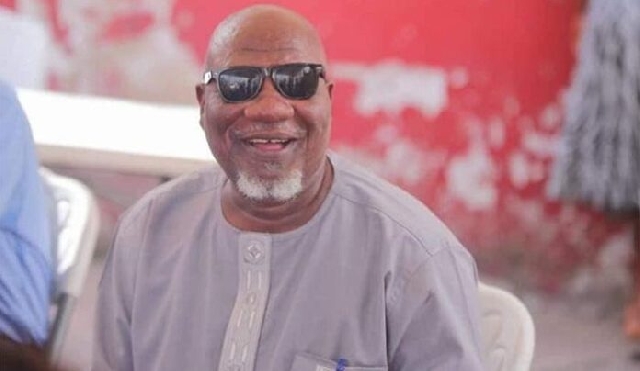 Mr Allotey Jacobs alleged on social media that there have been attempts to assassinate him following his exit from the NDC.

Mr Jacobs, who has been officially dismissed from the party for anti-party behaviour, had earlier exited the party after his relationship with the NDC turned sour after making supportive media comments of the Akufo-Addo government.

Although he is not a member of the governing New Patriotic Party, he has thrown his weight behind President Nana Akufo-Addo and his vice, Dr Mahamudu Bawumia.

Reacting to the former chairman’s assassination claim, the NDC, in a statement, said: “We wish to state without equivocation or fear of contradiction that the NDC neither see him as a threat in any way nor will ever employ assassination on a spent force like him.”

The party described the allegation as “childish” and unsurprising.

“We are a tolerant but disciplined political party that does not engage in killings of people whom we disagree with. For emphasis, the National Democratic Congress in the Cape Coast, Central Region or elsewhere has not sponsored any assassination to take the life out of a man whose guilty conscience continues to haunt him,” the statement said.

To all Media Houses

Our attention has been drawn to a pitiable post by the expelled Bernard Allotey Jacobs in which he alleges that the NDC in the Central Region has sent assassins after him in Cape Coast. Normally, we would treat this "child play" as a trademark of Allotey talks but it is important to draw the attention of the police and civilized folks to the slanderous allegation on our image and to seek restitution for same. Allotey Jacobs has hurt a good number of individuals to accomplish his personal business in such a way that he wants to use our party as a cover for security. He has been dismissed from our party and we intend not to engage him in any form and shape.

The Great NDC does not kill or bathe people with acid or send assassins after renegades but we only abide by our Constitution to deal with members who fall foul of the disciplinary code.

Mr Benard Allotey has set a record as the first and only person to be expelled from our party since 1992.

Since he is dining with Nana Akufo Addo and his Interior Minister as well as National Security, it should not be a problem at all for him to go to them and report.

Since when did NDC assassinate anybody? Maybe, he knows better than those he came to meet in the party and has left them behind but we in CR NDC Communications, want to find out from Allotey Jacobs if there is any need for a disposed of toilet tissue paper?

This childish allegation from Allotey Jacobs against the NDC that made him who he is today, did not come to us as a surprise at all because we know him and his modus operandi and the NPP must be worried because whichever NPP official or Government appointee he gets closer to now, will be the subject of blackmail by Allotey Jacobs later. Indeed, God is the protector of the heavens and earth and all its creations. says the good books but for the expelled Allotey Jacobs, who has made it his preoccupation to denigrate, ridicule and damage the NDC that has made him who he is today, to make such a claim, suggests that he is being chased by his shadows.

Perhaps, he could help his Boss- “fellow Ghanaians” with further and better details of the alleged assassination attempt and then go further to make an official report to the Police for investigation, unless he is lost confidence in the police administration or any other security agencies. In the absence of that, we can only safely conclude that he’s only playing to the gallery, nagging and being populist as usual with such a “serious” allegation of plans to assassinate him. Yes! We urge the police to investigate the allegation swiftly and share their findings with the general public and we plead with our party supporters not to be provoked by Allotey's incendiary posturings because our priority remains how to rebuild our party to recapture power soon from this sleeping and corrupt NPP administration of Nana Addo Danquah Akufo-Addo so as to put Ghana on the path of progress.

We wish to state without equivocation or fear of contradiction that the NDC neither see him as a threat in any way nor will ever employ assassination on a spent force like him. As a Fantse and a former Azaa Okomfo, he should rather be worried about the act done by the concerned NDC women which was born out of frustration, uneasiness and discontent in respect of his incessant attacks on the Flagbearer and the Leadership of the NDC who have been his benefactor till his betrayal. We wish to put on record, the NDC does not have time to fashion out a scheme to take away the life of a man whose misdeeds and nonchalant conduct continue to haunt him in his own created political minefield. Moreso, we challenge Allotey Jacobs to prove to the whole world that, it is the NDC that orchestrated this banishment if not born out a figment of his own imaginations.

Ladies and gentlemen of the press, we wish to assure him that, the NDC he knows has not changed, because he has changed. We are a tolerant but disciplined political party that does not engage in killings of people whom we disagree with. For emphasis, the National Democratic Congress in the Cape Coast, Central Region or elsewhere has not sponsored any assassination to take the life out of a man whose guilty conscience continues to haunt him.