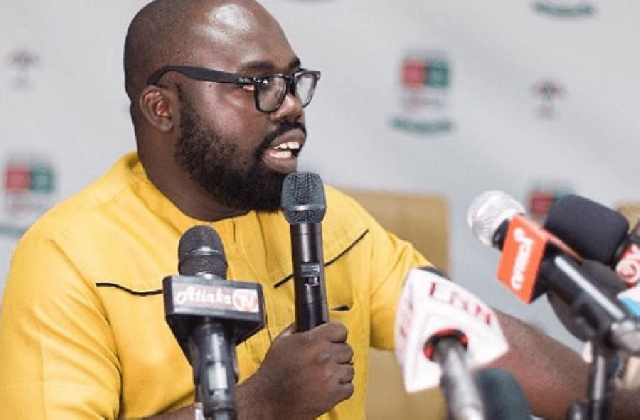 The National Democratic Congress (NDC) has said it suspects arson in the Tano South Electoral Commission fire incident which occurred in the early hours of Sunday, 23 May 2021.

The NDC described the incident as an “unfortunate development, especially as recent preliminary investigations reveal that a matchbox, a pinch bar, and door handles were found at the scene of the fire outbreak.”

The party said it has credible information that the EC building was broken into through the rear door.

“This undisputed preliminary fact clearly puts the investigation in the direction of a well-calculated case of arson,” the NDC said in a statement signed by its Deputy General Secretary Peter Boamah Otukonor, adding that the party is “convinced that this is yet another clear testimony of a blatant attack on our democracy.”

There is an ongoing court case involving the EC, the NPP MP and the NDC’s 2020 parliamentary candidate for Tano South in the Wenchi High Court.

The court processes may involve the inspection of critical election materials and documents relating to the disputed 2020 parliamentary elections in the Tano South constituency.

The NDC said it holds the view that “this case of suspected arson” at the office of the Electoral Commission of the Tano South Municipality “may have everything to do with the ongoing electoral dispute in the said constituency.”

The party is convinced that whoever perpetrated “this dastardly act of arson did so with a criminal intent calculated at destroying evidence or concealing critical electoral documents containing information that could expose the Electoral Commission or the other party in the dispute whose electoral fortunes may be grossly affected by such documents and/or information if exposed in open court.”

The NDC has, therefore, called on the Ministry for the Interior, the Ghana Police Service, the Ghana Fire Service and the national office of the Electoral Commission to speed up the investigations on the fire outbreak in order to bring the perpetrators to book.