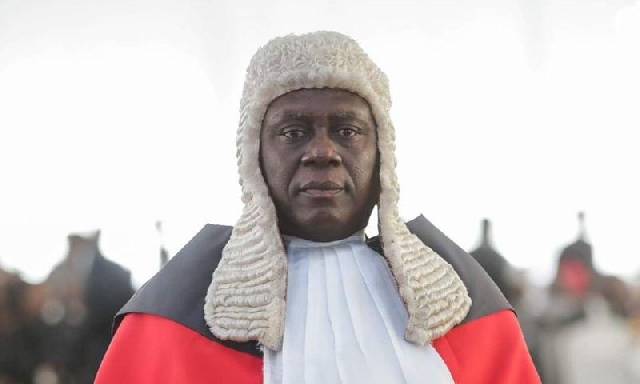 The office of the Judicial Secretary has denied reports that Justice Wuntah Wuni has been transferred from Accra to Ho in the Volta Region after he was stopped by the Supreme Court from continuing to hear the contempt case against Assin Central MP Kennedy Agyapong, recently.

A rejoinder signed by Justice Cynthia Pamela Addo, Judicial Secretary addressed to Ghanaweb.com, said: “We refer to the news story with the above-mentioned heading, which was published on the General News page of your news portal on Thursday, 15 October 2020.

“We wish to place on record vehemently that your publication is totally false and without foundation whatsoever. His Lordship Justice Wuntah Wuni is still at post at the Land Court ‘12’ Law Court Complex in Accra and has not been transferred to Ho as your publication asserted.

“By this rejoinder, we demand that you immediately pull down the offending publication from your news portal and apologise unreservedly on the website to the Judicial Service and His Lordship the Chief Justice, failing which the Judicial Service would be compelled to make an official complaint to the National Media Commission, the National Communication Authority and possibly resort to legal action”

The Supreme Court, recently, unanimously prohibited Justice Wuntah Wuni from continuing with the contempt case and ordered that the matter be transferred to a different judge.

The lawmaker’s lawyers had accused the judge of being hostile toward their client.

The governing New Patriotic Party lawmaker took the matter to the apex court a few weeks ago with a prayer that it stops the proceedings against him by the Accra High Court.

Mr Agyapong’s lawyers filed a judicial review application over the matter at the apex court barely 24 hours after he was supposed to have appear before the High Court to explain why he should not be punished for allegedly describing the judge as “stupid”.

In his prayer, the MP implored the Supreme Court to prohibit the High Court from hearing the contempt case and also quash the order of summons for him to appear before the court on the basis that the particular court (Land Court 12) that summoned him had no jurisdiction to do so.

In his supporting affidavit, the MP averred that his comments were not against Justice Amos Wuntah Wuni but was rather against a different judge in another matter at Labour Court 2, for which he said he had duly apologised.

"The words uttered, which I deem uncomplimentary and I have since apologised [for], were not directed at the court presided over by His Lordship Amos Wuntah Wuni.

"The Court is not seized with jurisdiction to order the applicant to appear and to answer why he should not be severely punished for contempt of court,” the MP said in his affidavit in support.