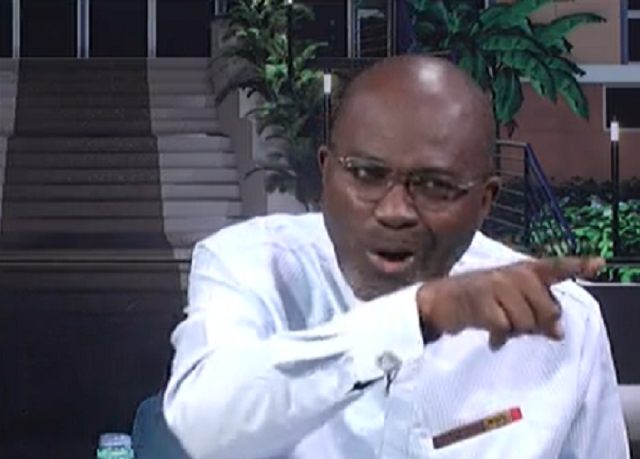 Assin Central MP Kennedy Agyapong has taken Tamale North MP Alhassan Suhuyini to the cleaners for dragging him before the Privileges Committee of the legislature in connection with his threats on Kumasi-based Luv FM’s Erastus Asare Donkor.

Speaking on his radio station Oman FM, Mr Agyapong descended on his colleague MP and the Multimedia Group.

“As for Suhuyini, the least said about him the better”, Mr Ayapong said, adding: “He goes ahead to drag me before the Privileges Committee? He is a foolish MP. So stupid”.

“Left to him, the country would have burnt to ashes. I am so disappointed in him.”

The Chairman of the parliamentary select committee on defence and the interior, said Mr Suhuyini “is always politicising issues”.

He also expressed reservations with his own party for keeping quiet on certain issues about which the actions taken against him could have also been visited on others on the other side of the aisle.

“I am also disappointed in NPP because when Muntaka alleged that the Supreme Court judges are corrupt, no one suggested that he should be dragged before the Privileges Committee”.

“You all can go ahead to expel me from parliament if you so wish. Do you think I rely on what I make as an MP? No one can silence me,” he added,

Mr Agyapong then turned his guns on Joy FM, saying: “I am surprised at how shameless Joy FM is”.

“Before Joy FM will have the moral right to report me, it should first write an apology letter to the families that lost their relatives in the Ejura incident, as well as the individuals who sustained various degrees of injury.”

“I stand by my words: they are all corrupt. Kwasi Twum claims he did not tell me in my office that the staff of Joy FM is threatening to sabotage the government because we no longer take care of them. I dare Kwesi Twum to come again.”

“If Joy FM pushes me to the wall, I will expose all the information I have gathered about them. I’m going all out. You cannot use the media and police to silence me. I will continue to speak the truth. How can a media house be this corrupt at the detriment of its responsibility to relay the truth? If there will be any disturbances in the country, it’ll arise from Joy FM”, he said.