LGBTQI: State your position, purge yourself from ‘it’s bound to happen’ comment – Apaak to Akufo-Addo 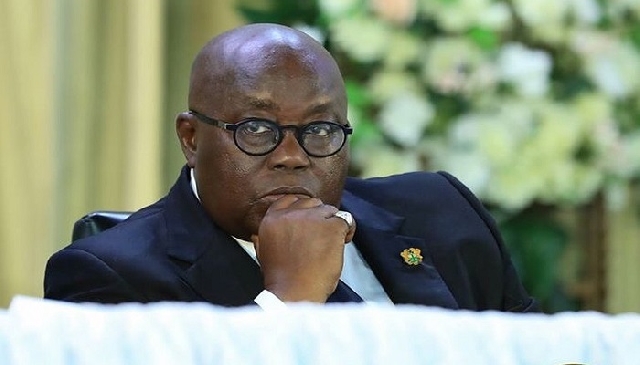 The Member of Parliament for Builsa South, Dr Clement Apaak, has called on President Nana Addo Dankwa Akufo-Addo to address Ghanaians and state his position on the LGBT+ issue clearly as well as what he intends to do to ensure that the LGBT+ community does not find space in the country.

Dr Apaak's comment comes on the back of the opening of an LGBTQI office in Accra with backing from the European Union and some foreign missions in the country.

Although the President has ordered the closure of the office, Dr Apaak believes the fight against LGBTQI must start with the President.

“Ghanaians are right, the time for talk is over, it's time for action. The upsurge in LGBTQI Activism must be countered. Honestly, it must start with President Akufo-Addo. It's not sufficient to close down an office or resource centre,” Mr Apaak said in a statement.

He stated that President Akufo-Addo ought to address the nation, with international media present, stating clearly the fact that “our laws, cultures, traditions and faiths forbid it, abhor it.”

“The President must say clearly, like his processors did, that our laws and traditions, culture can't co-exist with such abominable lifestyles and that LGBTQI lifestyle wouldn't and never would be welcome in Ghana,” the lawmaker added.

In Dr Apaak’s view, this is the only way President Akufo-Addo can assure the people of Ghana that he is not a direct or indirect enhancer of LGBTQI activities in Ghana.

President Nana Akufo-Addo in 2017 said changing Ghana’s laws to legalise homosexuality is not a matter which is "on the agenda" but "bound to happen".

Asked in an interview with Aljazeera why Ghana’s laws still criminalise homosexuality, Nana Akufo-Addo said: “This is the socio-cultural issue if you like,” adding: “I don’t believe that in Ghana, so far, a sufficiently strong coalition has emerged which is having that impact on public opinion that will say: ‘Change it [the law], let’s then have a new paradigm in Ghana’”.

The Ghanaian leader, however, said: “I think that it is something that is bound to happen”.

Asked by the interviewer: “What’s going to provoke it, what’s going to make it happen?” President Akufo-Addo said: “Oh, like elsewhere in the world, the activities of individuals [and] groups”.

A year after in 2018, the president, at an event, emphatically stated that: “It will not be under his Presidency that same-sex marriage will be legalised in Ghana.”

But Dr Apaak wants Mr Akufo-Addo to purge himself from the "it's bound to happen," comment he made earlier.