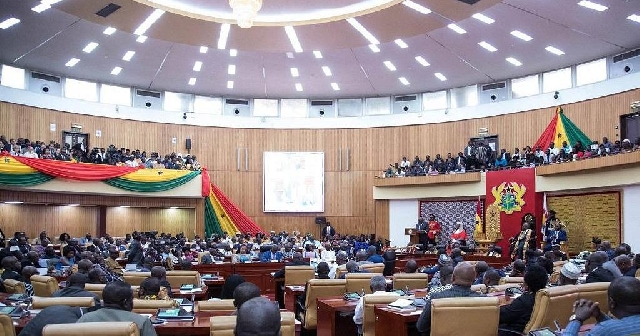 Some MPs are angry that cabinet ministers and their deputies were stalling and undermining the work of parliament by failing to honour invitations to the house to answer questions.

The lawmakers said parliamentary questions are tools they use to seek information or press for action; hence ministers are, therefore, obliged to explain and defend the work, policy decisions and actions of their ministries through these questions.

They emphasised that there is only one parliament in Ghana which is located in Accra and not Kumasi, stressing that the democratic path the country has chosen should not be allowed to be undermined.

The anger was in connection with the inability of the Minister of Transport, Mr Kweku Ofori Asiamah, to honour the invitation of the house to answer an urgent question which stood in the name of Pru East MP Dr Kwabena Donkor who wanted to know when new and reliable ferries would be supplied to Kete Krachi, Yeji, Dambai and Dorkorkrom.

The final question for the minister concerning the status of the construction of the Air Navigation Services Centre at the Kotoka International Airport (KIA), stood in the name of the Member of Parliament for Sissala West, Mr Adam Mohammed Supkaru.

Deputy Minority Chief Whip Ahmed Ibrahim, who was angered by the snub, expressed his anger at the blatant disregard of the authority of the house by some ministers and insisted that parliament bite hard to show that it had oversight responsibility over the executive.

He said the attitude of the minister was an affront to the authority of parliament and a conduct intended to stall the conduct of business in the house, especially as this meeting is scheduled to last for only nine weeks.

In their contributions, the MPs said it was unfortunate that some ministers who had been invited to answer questions were undermining the authority of the house and lamented that it is even more worrying when it is ministers who are also MPs who are behaving like that.

The frustrated lawmakers unanimously agreed that it was because of this attitude of some minsters toward parliament that Ghanaians often ridiculed the house and suggested that it was time parliament exerted its authority and stopped pampering the ministers.

Second Deputy Speaker Andrew Asiamah Amoako, in defence of the Transport Minister, noted that he had been one of the few ministers who attended to parliament’s invitations regularly to answer questions and, thus, called for cool heads to prevail since the minister was attending an equally important state function in Kumasi.

Deputy Majority Chief Whip Alexander Afenyo-Markin, pledged to reschedule the questions and gave the assurance that he would summon the minister to appear and answer the questions today, Wednesday, 3 November 2021.

Meanwhile, a statement delivered by the MP for Juaboso, Mr Kwabena Mintah Akandoh, on the tensions surrounding the confirmation of Metropolitan, Municipal and District Chief Executives (MMDCEs) by the various Assemblies nationwide, degenerated into heated partisan debate among the MPs on both sides of the house.

The two statements, according to the majority caucus, could then be incorporated into one document for referral to the committee together with the sector minister Mr Dan Botwe.