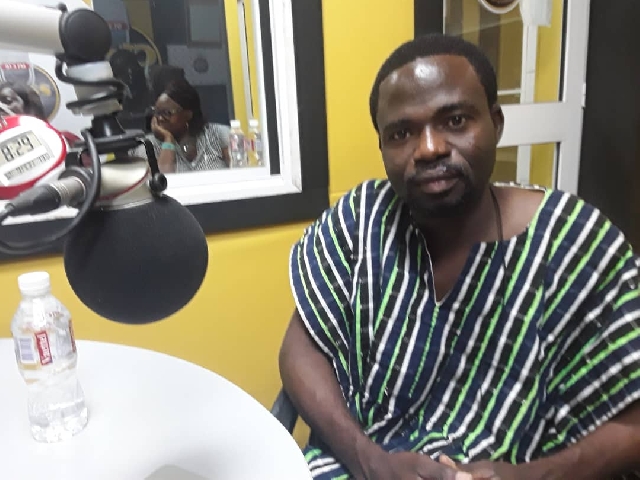 The Martin Amidu-led Office of the Special Prosecutor is a failure, investigative journalist Manasseh Azure Awuni has said.

“If I’m to score the Office of the Special Prosecutor, I’ll score him 20 per cent”, the anti-graft journalist told Benjamin Akakpo on Class91.3FM’s Executive Breakfast Show on Monday, 9 December 2019, adding: “20 per cent is even generous because we have a President who wins an election and says: ‘Look, I’m going to fight corruption and one of the main tools I’m going to use is ‘A’”.

“Today is 9 [December 2019]. 9 December 2016 was exactly when he [Akufo-Addo] was declared winner [of the 2016 general elections], and by 7 December next year, we should be going to the polls to elect a President, so, we can say he’s done about three years. Out of the four years, he has only one year [left], so, his main anti-corruption tool, how many prosecutions have we seen?” he asked.

In Mr Awuni’s view, Mr Amidu has failed to use his office to go after weightier graft cases but rather focusing on the alleged evasion of taxes (GHS36,000) by Bawku Central MP Mahama Ayariga.

“I’m not saying there’s no case or whatever in Ayariga’s issue, but if after one year we have hundreds of millions of cedis wasted and then the Special Prosecutor is going after some GHS36,000, the Special Prosecutor could have also looked at the GYEEDA report; there are a lot of things in there, a lot of low-hanging fruits worth hundreds of millions of cedis that this office should have developed an interest in, but you spend all your energies chasing Ayariga worth some GHS36,000, then where I sit and what I know, I wouldn’t take that office seriously until it proves itself worthy of being taken seriously because I was one of those who felt the Office of the Special Prosecutor was very good and I even wrote an article commending the President for appointing Martin Amidu because I felt he was the best person to have been appointed, but from where I sit, I see that office as a failure until that office proves otherwise”, he noted.

Mr Amidu filed a suit against the MP at an Accra High Court in connection with the alleged tax evasion.

Mr Ayariga allegedly paid GHS6,062.86 instead of GHS36,591.15 at the port for the importation of three second-hand Toyota Land Cruisers while serving as a minister of state under the erstwhile Mahama administration.

In January this year, Mr Amidu secured an order from an Accra Circuit Court which directed mobile network operator MTN to produce the call records of a conversation between the lawmaker and an officer of the Ghana Revenue Authority (GRA).

Mr Amidu told the Accra Circuit Court “2” presided over by Mrs Ruby Naa Adjeley-Quayson that the Office of Special Prosecutor (OSP) had already obtained an order to conduct a forensic examination on three mobile phone numbers from the Director-General of Criminal Investigations Department (CID) of the Ghana Police Service.

In August 2018, Mr Amidu reported Mr Ayariga to the Economic and Organised Crime Office (EOCO) for allegedly attempting to frustrate his investigation into the tax evasion matter.

Mr Amidu alleged that Mr Mahama kept sending influential people such as chiefs, pastors and opinion leaders to plead for mercy on his behalf, an allegation the Bawku Central MP denied.