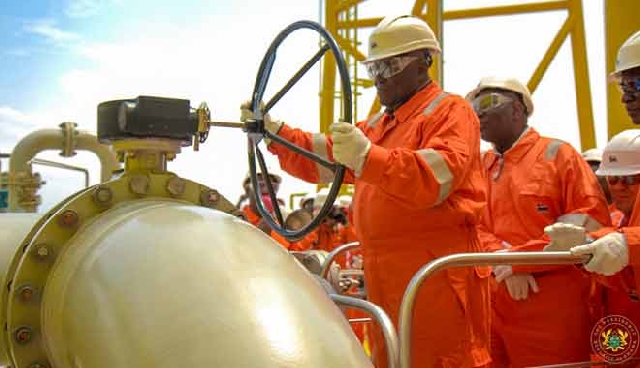 The Minority in Parliament has noted with “serious concern” the “inability or refusal of the Akufo-Addo/Bawumia-led government” to account for over $100 million of oil funds that accrued to the state coffers concerning petroleum liftings in the first quarter of 2022.

In a statement dated Thursday, 29 September 2022 signed by Mr John Abdulai Jinapor, the ranking member of the mines and energy committee of parliament, the caucus said: “The decision by the current NPP government to transfer revenues accruing from about 944,164 bbls of crude lifting in the Jubilee and TEN fields to a company established in a safe haven (outside Ghana) without parliamentary approval, amounts to a gross violation of the Petroleum Revenue Management Act, 2011 (Act 815) and Public Financial Management Act (Act 921)”.

“This NPP government is proving by the day, that the nation's oil resources cannot be entrusted in their care because not long ago, the PIAC, under the chairmanship of Dr Steve Manteaw, accused them over their inability to account for about GHȼ2 billion of Ghana’s oil cash for the 2017, 2018 and 2019 fiscal years,” the minority added.

The caucus noted this is “surely another ‘Agyapa’ deal in the making and we, as a minority, will not sit aloof for this government to raid the national purse, especially at a time when the nation is struggling to raise much-needed revenues for critical expenditure."

The minority demanded that the Minister of Finance and the government, “with immediate effect, repatriate all such illegal transfer payments back into the Petroleum Holding Fund (PHF).”

“Failure to comply with our ultimatum will compel the Minority to use the necessary parliamentary processes to haul the Minister of Finance to parliament for possible censure.”