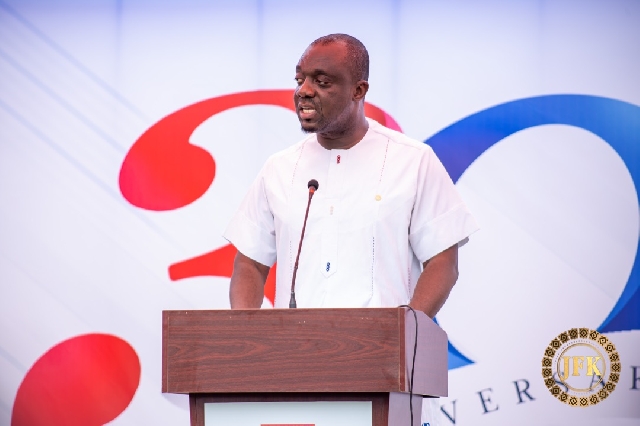 The governing New Patriotic Party (NPP) has launched its 30th anniversary celebrations with a call on party members to stop the character assassinations.

Speaking at the launch in Accra, today, Thursday, 28 july 2022, the General Secretary of the party, Justin Frimpong Kodua, said the party must be united even as it prepares to elect its flagbearer and parliamentary candidates ahead of the 2024 elections.

“We must stop the character assassination. When you undermine a party member, think of what happened to us in 1979 and 2008 when we lost the elections,” he said.

The chairman of the party, Stephen Ayensu Ntim, said as part of activities marking the 30th anniversary, the party will hold a thanksgiving Islamic prayer at the National Mosque tomorrow, Friday, July 29, 2022, and a Christian thanksgiving service on Sunday, July 30, 2022.

The NPP is a centre-right and liberal-conservative political party. Since the democratisation of Ghana in 1992, it has been one of the two dominant parties in the country, with its leading rival being the centre-left National Democratic Congress (NDC).

The NPP has contested every national general election in the country since the commencement of the fourth republic in 1992, with the exception of the parliamentary elections in that year.